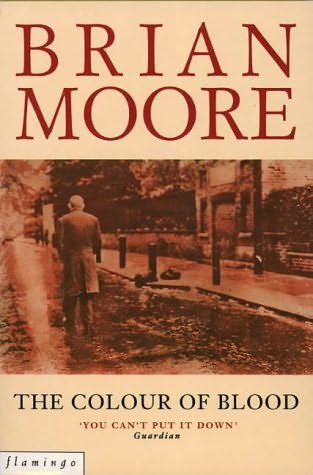 This week's offering for Friday's forgotten books comes from my records in July 1991.
It comes from  a period when I was reading many more thrillers than I do now.
Friday's Forgotten Books is being hosted this week at Davy Crockett's Almanack of Mystery, Adventure and The Wild West

THE COLOUR OF BLOOD was originally published in hardback in 1987. It is now out of print but the most recent publishing was by Harper Perennial Modern Classics (paperback) in 2005.

Set in an unnamed East European country, Moore's political thriller concerns a Cardinal who finds himself caught in the middle of an escalating revolution. 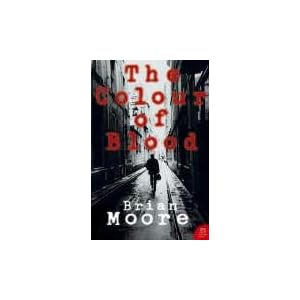 Brian Moore was a novelist. His Christian name is pronounced in Irish (Bree-an). He was awarded the James Tait Black Memorial Prize in 1975 and the inaugural Sunday Express Book of the Year award in 1987, was shortlisted for the Booker Prize three times and also worked as a screenwriter. His distinctively simple, lucid style gives his works a highly powerful effect. He remains possibly the only novelist to encapsulate life in Northern Ireland in the post-war era, including his exploration of the intercommunal divisions of The Troubles. He also demonstrated an unusual male insight into female psychology, with women as the central narrative character in several of his books.

I've been a big fan of Brian Moore's novels for decades. Every book I've read of his is well written and memorable. THE COLOUR OF BLODD is one of his best works. Nice review!