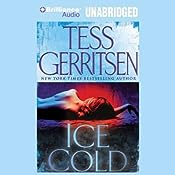 In Wyoming for a medical conference, Boston medical examiner Maura Isles joins a group of friends on a spur-of-the-moment ski trip. But when their SUV stalls on a snow-choked mountain road, they’re stranded with no help in sight.

As night falls, the group seeks refuge from the blizzard in the remote village of Kingdom Come, where twelve eerily identical houses stand dark and abandoned. Something terrible has happened in Kingdom Come: Meals sit untouched on tables, cars are still parked in garages. The town’s previous residents seem to have vanished into thin air, but footprints in the snow betray the presence of someone who still lurks in the cold darkness—someone who is watching Maura and her friends.

Days later, Boston homicide detective Jane Rizzoli receives the grim news that Maura’s charred body has been found in a mountain ravine. Shocked and grieving, Jane is determined to learn what happened to her friend. The investigation plunges Jane into the twisted history of Kingdom Come, where a gruesome discovery lies buried beneath the snow. As horrifying revelations come to light, Jane closes in on an enemy both powerful and merciless—and the chilling truth about Maura’s fate.

I really haven't read enough Gerritsen titles in recent years. ICE COLD is a good reminder of what satisfying reads they are, often a mixture of murder mystery and thriller. The plot of ICE COLD moves seamlessly from setting to setting and the assured writing enthralls.

The point of view swaps from that of Maura Isles to that of Jane Rizzoli. The two stories effectively advance in tandem towards a stunning conclusion.

The narration is excellent but not intrusive.

THE SINNER (4.8)
This is the novel immediately before 'Body Double'.  Not even the icy temperatures of a typical New England winter can match the bone-chilling scene of carnage discovered at the chapel of Our Lady of Divine Light. Within the cloistered convent lie two nuns–one dead, one critically injured–victims of an unspeakably savage attacker. The brutal crime appears to be without motive, but medical examiner Maura Isles’s autopsy of the dead woman yields a shocking surprise: twenty-year-old Sister Camille gave birth before she was murdered. Then another body is found mutilated beyond recognition. Together, Isles and homicide detective Jane Rizzoli uncover an ancient horror that connects these terrible slaughters. As long-buried secrets come to light, Maura Isles finds herself drawn inexorably toward the heart of an investigation that strikes close to home–and toward a dawning revelation about the killer’s identity too shattering to consider.  Also available as an abridged audio cassette, abridged audio CD, an abridged downloadable audiobook, an abridged downloadable audiobook and an eBook.

Kerrie - I have to admit, I like the earlier Rizzoli/Isles stories better than the more recent ones. But this one does sound good.