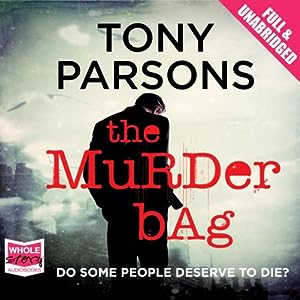 Twenty years ago seven students became friends at their exclusive private school, Potter's Field. Now they have started dying in the most violent way imaginable.

Detective Max Wolfe follows the bloody trail from the backstreets and bright lights of the city, to the darkest corners of the corridors of power. As the bodies pile up, Max finds he is fighting not only for justice, but for his own life....

The publisher's blurb says this is the first in a new crime series. In fact Fantastic Fiction tells me the title for the second in the Max Wolfe series to be published in 2015 is THE SLAUGHTER MAN.

Detective Max Wolfe has recently arrived in the Homicide division of London's West End Central, 27 Savile Row, and he is a bit of a loose cannon. As far as Max is concerned his colleagues and superior officers are too easily distracted from the scent, too easily deterred from following a lead.

Max is a single father of a little girl, and somehow Scout makes him understand that he has to do his job thoroughly to protect people just like his daughter.

For most of the novel the reader knows what connects the ex private school students who are being killed one by one, but not who the person killing them is. Four are dead and someone is imprisoned for their murder but Max is convinced it is not over yet. And of course Max is right.

In some ways the elements of this story are predictable but there is enough mystery to keep you going. The narration by Colin Mace is superb.