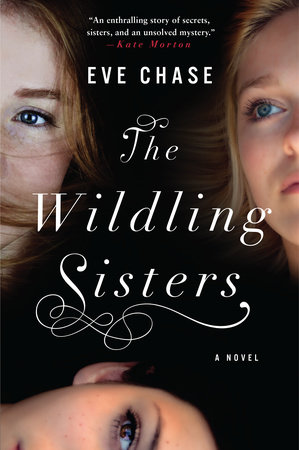 Four sisters. One summer. A lifetime of secrets.

When fifteen-year-old Margot and her three sisters arrive at Applecote Manor in June 1959, they expect a quiet English country summer. Instead, they find their aunt and uncle still reeling from the disappearance of their daughter, Audrey, five years before. As the sisters become divided by new tensions when two handsome neighbors drop by, Margot finds herself drawn into the life Audrey left behind. When the summer takes a deadly turn, the girls must unite behind an unthinkable choice or find themselves torn apart forever.

Fifty years later, Jesse is desperate to move her family out of their London home, where signs of her widower husband’s previous wife are around every corner. Gorgeous Applecote Manor, nestled in the English countryside, seems the perfect solution. But Jesse finds herself increasingly isolated in their new sprawling home, at odds with her fifteen-year-old stepdaughter, and haunted by the strange rumors that surround the manor.

Rich with the heat and angst of love both young and old, The Wildling Sisters is a gorgeous and breathtaking journey into the bonds that unite a family and the darkest secrets of the human heart.

An engrossing read. As usual, I am in two minds about how much to tell you. I don't want to spoil the surprises for you.

The author handles the two time frames very well, with quite separate stories evolving from each.

Bella, Jessie's stepdaughter in the second story, is about the same age as Margot, the narrator of the first story, was in 1959. But she has had a dreadful shock - her mother died in a road accident and her father has re-married. In addition she now has a baby sister. She is resentful of her step-mother and very definitely does not want to move from London. But despite herself Bella becomes engrossed with the rumours about what happened at Applecote Manor over fifty years before, when Audrey Wilde went missing.

In 1959 Margot and her three sisters arrive at Applecote to stay with their aunt and uncle. They haven't been there for five years since their cousin Audrey disappeared and things are much changed. Dot the youngest sister is 12 years old, the same age Audrey was when she vanished, and Margot at 15 is a painful reminder to her aunt and uncle of what they have lost.


About the author
Eve Chase is the author of Black Rabbit Hall and The Wildling Sisters, and is a pseudonym of a journalist who has worked extensively across the British press. She lives in Oxford, England with her husband and three children.