On the doorstep, waiting to be read

My focus this week is on some library books I have on the shelves. 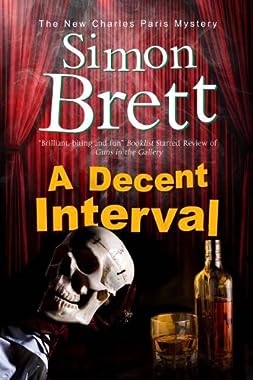 After a long period of 'resting', life is looking up for Charles Paris, who has been cast as the Ghost of Hamlet's Father and First Gravedigger in a new production of Hamlet. But rehearsals are fraught.
Ophelia is played by Katrina Selsey, who won the role through a television talent show. Hamlet himself is also played by a reality TV contestant, Jared Root - and the two young stars have rather different views of celebrity and the theatre than the more experienced members of the cast. But when the company reach the first staging post of their tour, the Grand Theatre  Marlborough, matters get more serious, with one member of the company seriously injured in what appears to be an accident, and another dead.


Once again, Charles Paris is forced to don the mantle of amateur detective to get to the bottom of the mystery.

This has been chosen by my face to face reading group for our next read.

A breathless, heart-stopping psychological thriller from one of Sweden's best selling authors. Fear lies around every corner. . .
Estranged identical twins Daniel and Max have a complex relationship, so when Daniel goes to visit his bi-polar brother in a remote and expensive Swiss 'recovery' clinic, he has no idea what really lies in wait for him. Lulled by the routine and peacefulness of the clinic, Daniel finds himself unquestioningly accepting Max's plea for help in taking care of some business, and the brothers swap places for a few days.

But soon Daniel realises Max isn't coming back, and that the clinic is far from a place of recovery. Struggling to get anyone to believe who he really is, Daniel finds himself trapped in a cruel and highly secretive prison: this is no sanctuary, it's a living nightmare.

THE EARTH HUMS IN B FLAT, Mari Strachan, published 2009

another chosen by my face to face group.

The Earth Hums in B Flat is set in Wales in the late 1950s and narrated by twelve and a half year old Gwenni Morgan. Gwenni is not like the other children in her small town. A bookish yet spirited young girl, she is suddenly forced into an unusual situation when a neighbour disappears and no one seems to be asking the right questions. As Gwenni makes her own investigations, she begins to find out more about life than she could ever have imagined.
Posted by Kerrie at 8:00:00 am

Kerrie - Both the Brett and the Strachan are coming up on my TBR list too. I hope you'll enjoy them.