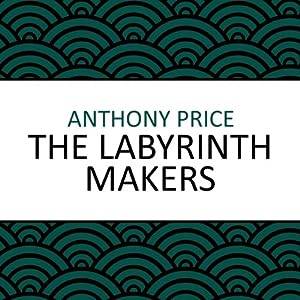 
When an RAF Dakota, presumed lost at sea in 1945, is discovered in a drained lake in Lincolnshire, together with its pilot and a cargo of worthless rubble, it falls to David Audley of the MOD to puzzle out just why the Russians are so interested in the discovery - and what the plane was carrying that is important enough to kill for.


Winner of a Crime Writers’ Association Silver Dagge, this is the first of a 19 title series featuring Dr David Audley.

This has many of the hallmarks of a debut title, not just the first title in the series. We need quite a bit of background about many of the characters and the book takes a while to get to the central plot. I'm not sure that I ever understood the meaning of the title properly.

At the beginning the author attempts to establish that Dr. David Audley, in his mid 30s, has been sidelined by the Ministry of Defence after what he considers to be a successful career in Middle Eastern Affairs. He thinks that he successfully predicted various events such as the Suez Crisis ahead of the pack. He doesn't take kindly to being allocated to investigate events of World War II, particularly incidents of local origin.

The date is 1969 and the plane crash occurred nearly 25 years before. But when a Russian espionage agent shows enough interest to fly to Britain to investigate the contents of the Dakota, Audley's interest is spiked. Even more when the daughter of the Dakota's pilot, a baby when her father died, turns up on his doorstep.

To reveal what the Russian thinks the plane contained would be to tell you too much of the plot, but you might want to look at this Wikipedia article.

Published in 1970, the title is an illustration of how many British authors were interested in the legacies of the Second World War, and the impact on international politics of the Cold War.Very readable thrillers were the result.

Part of the attractiveness of the book is that it is relatively short, and I liked it enough to begin reading the second in the series, THE ALAMUT AMBUSH.

Kerrie - Interesting point about the building up of backstory here. It's hard to avoid doing that in the first novel of a series, but still... Good to hear it wasn't overlong.