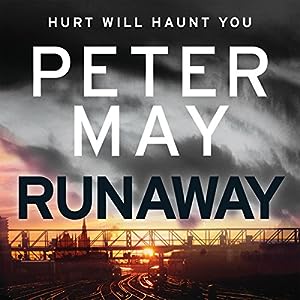 In 1965, five teenage friends fled Glasgow for London to pursue their dream of musical stardom. Yet before year's end three returned, and returned damaged. In 2015, a brutal murder forces those three men, now in their sixties, to journey back to London and finally confront the dark truth they have run from for five decades.

The premise of this story is simple: 50 years ago five teenage friends took their band from Glasgow to London, basically running away from home. Months later three of them returned home, their dreams shattered. And now one of them, dying, insists that the truth of what happened then has to be revealed. Things have to be put right.

This story is filled with both poignant and humorous episodes as the three men, and a grandson, help one of them escape from a nursing home, steal a car, and join a pensioners outing, all in an effort to get to London before one of them dies.

Peter Forbes' narration was superb, and the story was excellent.

I have loved all the Peter May books I've read. Putting this one on my list to try.

Only read 2 of his books so far but he is one of my top fave authors! Looking forward to this book!