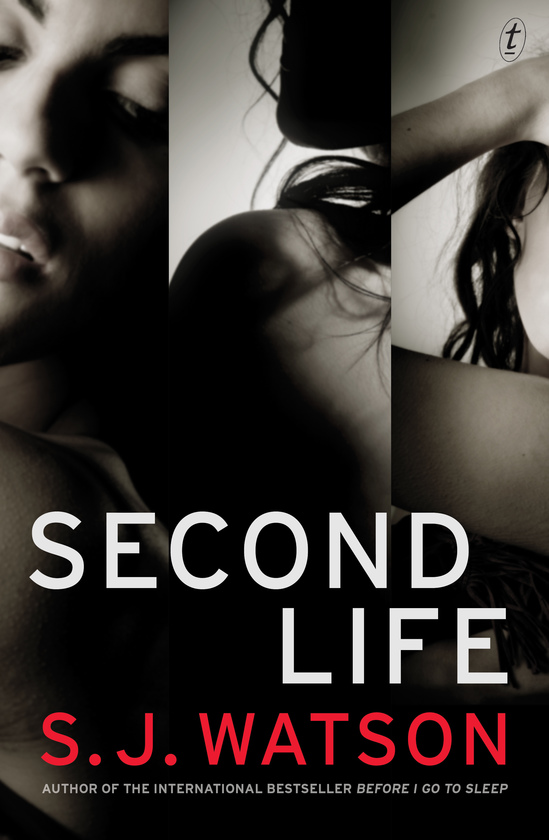 How well can you really know another person? And how far would you go to find out the truth about them?

When Julia learns that her sister has been violently killed, she knows she must get to the bottom of things.

Even if it means jeopardising her relationship with her husband and risking the safety of her son. Getting involved with a stranger online. Losing control.

Perhaps losing everything.
Set in Paris and London, Second Life is about the double lives people lead—and the dark places they can end up in. Tense and unrelenting, it is another brilliant novel from S. J. Watson.

First of all, I have a confession to make. I had formed the impression that S.J. Watson was a female writer. But no, definitely a male.  Now that shouldn't make a difference should it, but in both his first novel BEFORE I GO TO SLEEP, and in SECOND LIFE, the primary narrator is female.

I thought one of the aspects of the story that was handled very well was the concept of the fine line that divides the real world and the online world. Not so long ago we were amazed at the concept of text conversation through email. But then the technology changed and we were able to enter online "rooms" where other voices spoke to us. As happens in SECOND LIFE, there is really no way of knowing whether these other voices are truthful in what they tell us, and even when we have underlying doubts, we tend to believe in the persona they create. Conversations with these online characters can be stimulating, even erotic, crossing boundaries which we wouldn't cross in "real life" situations. There is sometimes the feeling that you've discovered a soul-mate, a person who understands you in a way that no-one in your real world does, but of course you are seeing only part of their character and personality, the bit they want you to see, and you know almost nothing of their history.

The world that Julia discovers her sister has been part of is a 2D text based world, although not the 3D world also called Second Life in which avatars make the online world seem even more real. There have been other authors who have played around with the idea of Second Life, and explored online world in which even murders can happen, such as VIRTUALLY DEAD by Peter May, and WICKER by Kevin Guilfoile.

However in this novel Julia and her sister Katie both set up relationships in text rooms in an online world and then arrange to meet their new acquaintance in the "real" world. No one quite matches the persona they have created. The primary motivation for the meeting is sexual although Julia tells herself it is her search for her sister's killer.

The resultant story is one full of tension in which Julia crosses borders she wouldn't normally and the man she is meeting gives confusing signals. In reality she knows almost nothing about him.

So is this crime fiction you ask? Well yes, it is. The underpinning plot is Katie's murder, and then there are a heap of little secrets that Julia has hidden for well over a decade. But has Julia got in too far over her head, and will there be another murder?

I've also reviewed 4.4, BEFORE I GO TO SLEEP

About the author
S. J. Watson’s debut novel, Before I Go To Sleep, has sold over four million copies and has been published in over 40 languages around the world. It has won several awards, including the UK’s Crime Novel of the Year (2011) and the Prix du Polar Prize for Best Crime Novel in France.