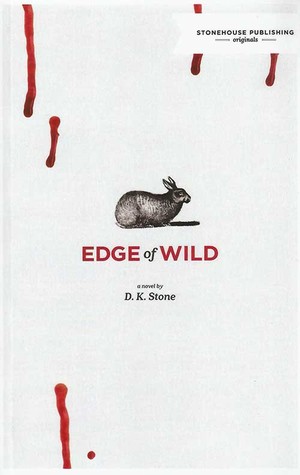 
Transplanted from New York City to the tiny mountain town of Waterton, Alberta with the task of saving a floundering new hotel, Rich Evans is desperate to return to the city as soon as he can. The locals seem unusually hostile towards his efforts, or maybe even menacing, and was that a cougar on his door-step last night?

As Rich begins to wonder whether his predecessor disappeared of his own accord, he finds himself strongly drawn to Louise Newman, the young woman who is fixing his suddenly unreliable BMW, and the only person in Waterton who doesn’t seem desperate to run him out of town. As Rich works on the hotel, the town is torn apart by a series of gruesome, unsolved murders. With Louise as his only ally in a town that seems set against him, Rich can’t help but wonder: will he be the next victim?

One of the things that attracts tourists to the town of Waterton on the edge of the Canadian/American border is its isolation. But there are drawbacks too: the lack of a high quality hotel, cell phones don't work, there is no internet, the nearest fire brigade is in the next town, and there is just one garage. There are a number of small businesses that economically survive on the edge, But they are surprisingly resistant to change. The resisted Rich Evan's predecessor with his ideas for the new Whitewater hotel and now they block Rich at every turn. Rich begins to feel that they have a lot of things to hide.

From the very start Rich is aware that he is being watched: there are footprints in the snow surrounding his cabin, his silver BMW sports car develops almost terminal mechanical problems, there are noises in his yard, and his garage door is left open. He knows that his predecessor, who disappeared without trace, felt spooked by the town, and Rich begins to feel he is trapped.

Then there are murders, unidentifiable mauled bodies are found in the mountains, the new hotel develops new problems every day and is partially closed and the visitors dry up.

This is a novel that makes the reader want to know what is going on. What is it about the town that people want to keep hidden?

About the author (Amazon)
Danika Stone is an author, artist, and educator who discovered a passion for writing fiction while in the throes of her Masters thesis. A self-declared bibliophile, Danika now writes novels for both adults (The Intaglio Series and Ctrl Z) and teens (Icarus and All the Feels). When not writing, Danika can be found hiking in the Rockies, planning grand adventures, and spending far too much time online. She lives with her husband, three sons, and a houseful of imaginary characters in a windy corner of Alberta, Canada.

The first book in Danika's upcoming Tathagata series (Edge of Wild) was selected as a quarter-finalist in the Amazon Breakthrough Novel of the Year Award (2013). Edge of Wild (Stonehouse CA) will be released March 2016. Danika's YA novel, All the Feels (Macmillan US), will be released June 2016