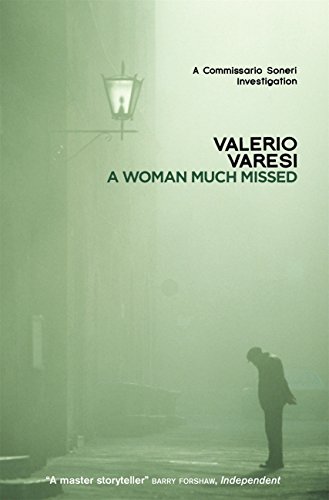 
A few days before Christmas, with Parma gripped by frost and fog, Ghitta Tagliavini, the elderly owner of a guesthouse in the old town centre, is found murdered in her apartment.

The case is assigned to Commissario Soneri, but the investigation holds a painful, personal element that sends waves of nostalgia sweeping through him. Tagliavini's guesthouse is where Soneri met his late wife Ada, and where the young couple spent unforgettable hours in each other's company.

But the present can embitter even the sweetest memories. An old photograph of Ada with another man sends Soneri into a spiral of despondency, ever more so when he realises her death may be linked to Tagliavina's lucrative sideline as a backstreet abortionist and faith healer.
Though Soneri would like nothing more than to be allowed to drop the case, he doggedly persists, uncovering at last, along with the truth behind Tagliavini's death, rife corruption at Parma's rotten heart and a raft of ghosts from Italy's divisive past.

This wasn't the easiest book to read.  A murder investigation is tangled with political overtones and Commissario is drawn back to an old stamping ground.  He recognises the dead woman as the landlady of the student house where his now dead wife used to board. In latter years the guesthouse has become a bordello and Soneri comes to wonder if that was its role when his wife lived there.

Complicating things is that Italy's two police forces are constantly trying to score easy points at the other's expense and Commissario Soneri, part of the state police force, feels constantly under threat from the officers of the carabinieri.

I hung in there until everything was resolved and the murder mystery was solved, but I can't say I enjoyed the book.