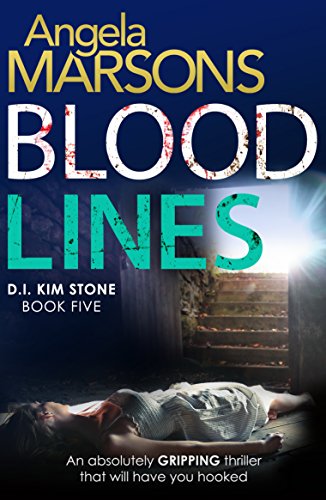 How do you catch a killer who leaves no trace?

A victim killed with a single, precise stab to the heart appears at first glance to be a robbery gone wrong. A caring, upstanding social worker lost to a senseless act of violence. But for Detective Kim Stone, something doesn’t add up.

When a local drug addict is found murdered with an identical wound, Kim knows instinctively that she is dealing with the same killer. But with nothing to link the two victims except the cold, calculated nature of their death, this could be her most difficult case yet.

Desperate to catch the twisted individual, Kim’s focus on the case is threatened when she receives a chilling letter from Dr Alex Thorne, the sociopath who Kim put behind bars. And this time, Alex is determined to hit where it hurts most, bringing Kim face-to-face with the woman responsible for the death of Kim’s little brother – her own mother.

As the body count increases, Kim and her team unravel a web of dark secrets, bringing them closer to the killer. But one of their own could be in mortal danger. Only this time, Kim might not be strong enough to save them…

A totally gripping thriller that will have you hooked from the very first page to the final, dramatic twist.

This is one of those books that gets you in right from the beginning, but I think I also need to say that the reader will be more engaged if you have read the earlier titles in the series (in order). There are also plot strands that continue from earlier novels (the Alex Thorne one, and Kim's mother). I wasn't conscious of a lot of repetition of material from earlier novels, other than re-affirmation of what I already knew. The canvas of the five novels is very detailed and rich.

This is a police procedural, and the nature of police work, the intuition and inspiration that sometimes cracks cases, the tedium of working through endless lists, following up phone calls without result, the rivalry among members of the investigative team, the frustration of being assigned the most pedestrian jobs, are all well explored. They all bring DI Kim Stone and her team alive. Emphasised too in Kim's own character is the fact that no one works in a vaccuum - Kim is in constant danger of being derailed.