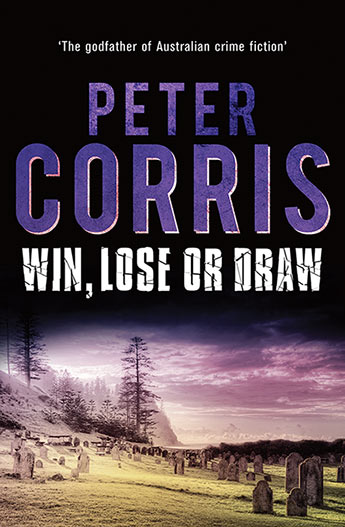 A missing teenager, drugs, yachts, the sex trade and a cold trail that leads from Sydney to Norfolk Island, Byron Bay and Coolangatta. Can Cliff Hardy find out what's really going on?
Will one man's loss be Hardy's gain?

'I'd read about it in the papers, heard the radio reports and seen the TV coverage and then forgotten about it, the way you do with news stories.'

A missing girl, drugs, yachts, the sex trade and a cold trail that leads from Sydney to Norfolk Island, Byron Bay and Coolangatta.

The police suspect the father, Gerard Fonteyn OA, a wealthy businessman. But he's hired Cliff to find her, given him unlimited expenses and posted a $250,000 reward for information.

Finally there's a break - an unconfirmed sighting of Juliana Fonteyn, alive and well. But as usual, nothing is straightforward. Various other players are in the game - and Cliff doesn't know the rules, or even what the game might be. He's determined to find out, and as the bodies mount up the danger to himself and to Juliana increases.
My Take
When Juliana Fonteyn disappears she is an underage teenager. By the time her father hires Cliff Hardy to find her the case is already 18 months old, and other investigators have tried to find her and failed. In her father's estimation they have largely been concerned with how much they will be paid. In Cliff Hardy he hopes he has found someone who really cares. And there is new evidence that Juliana is still alive - a photograph taken on Norfolk Island.

Even so the investigation doesn't go smoothly and after fruitless weeks Hardy tells Gerard Fonteyn that he is giving up. And then there is yet another breakthrough.

This relatively easy read reflects the fact that the Australian author is most accomplished. This is #42 in a very popular series, although I have read very few of them before. Something I can see I should remedy in 2017.

About the author
Award winning Australian author Peter Corris has been writing his best selling Cliff Hardy detective stories for nearly 40 years. He's written many other books, including a very successful 'as-told-to' autobiography of Fred Hollows, and a collection of short stories about golf.

Corris is an author I have been meaning to read for so long now. Knew I had a lot of titles to choose from there, but #42 in the series - what a feat!

PS: I've taken the liberty of adding a link to this review on the Aussie Author Challenge 2017 homepage for you Kerrie.