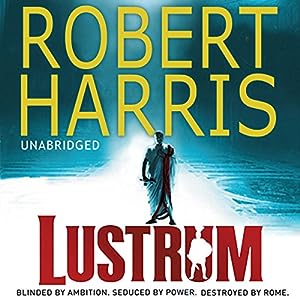 Rome, 63 BC. In a city on the brink of acquiring a vast empire, seven men are struggling for power. Cicero is consul, Caesar his ruthless young rival, Pompey the republic's greatest general, Crassus its richest man, Cato a political fanatic, Catilina a psychopath, Clodius an ambitious playboy.

From the discovery of a child's mutilated body, through judicial execution and a scandalous trial, to the brutal unleashing of the Roman mob, Lustrum is a study in the timeless enticements and horrors of power. 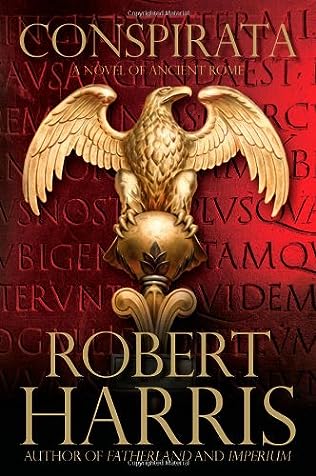 Once again this was engrossing listening.  Told through the eyes of Cicero's scribe Tiro, a slave, it has such a modern feel to it. Events that occurred in Rome over 2,000 years ago come to life. You need to begin this series at the beginning with IMPERIUM, and I have no doubt that we will continue to the final, DICTATOR.

At the beginning of LUSTRUM Cicero is Consul, truly the father of Rome, but he is also a man of principle, determined to root out corruption. He makes many enemies and from the beginning of his consulship there are those plotting his downfall, even his assassination. By the end of the book his chickens have come home to roost.

In Latin, the word Lustrum is a period of 5 years. The book covers Roman politics, and Cicero's fortunes, for the period roughly 63-58 BC.
Check Cicero's timeline here.