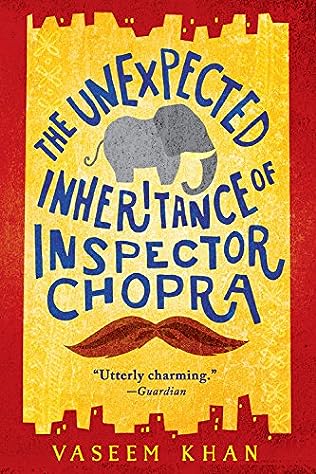 Mumbai, murder, and a baby elephant combine in a charming, joyful mystery for fans of Alexander McCall Smith and Harold Fry.

On the day he retires, Inspector Ashwin Chopra inherits two unexpected mysteries. The first is the case of a drowned boy, whose suspicious death no one seems to want solved. And the second is a baby elephant.

As his search for clues takes him across the teeming city of Mumbai, from its grand high-rises to its sprawling slums and deep into its murky underworld, Chopra begins to suspect that there may be a great deal more to both his last case and his new ward than he thought.

And he soon learns that when the going gets tough, a determined elephant may be exactly what an honest man needs....

Inspector Chopra is forced to take early retirement as a result of a heart attack. But he is not yet ready to take things easy, put up his feet and just watch cricket. On the very day of his retirement he learns of the death of a young man, supposedly from drowning, and he knows there will be no investigation, if he doesn't follow it through himself.

And then he learns that his uncle has sent him a baby elephant. Where do you keep an elephant in a high rise apartment? And what do you do when it won't eat?

A light humour lies behind every word in this novel, even when the investigation which Chopra takes on without official sanction leads him into Mumbai's steamy underworld and he sights a man who is supposed to be dead.

On the cozy side of crime fiction, this makes good reading.
Thanks for the recommendation Bernadette.

About the author
Vaseem Khan first saw an elephant lumbering down the middle of the road in 1997 when he arrived in India to work as a consultant. It was the most unusual thing he'd ever encountered and served as the inspiration...


Series
Baby Ganesh Agency Investigation
1. The Unexpected Inheritance of Inspector Chopra (2015)
2. The Perplexing Theft of the Jewel in the Crown (2016)
3. The Strange Disappearance of a Bollywood Star (2017)
4. Murder at the Grand Raj Palace (2018)