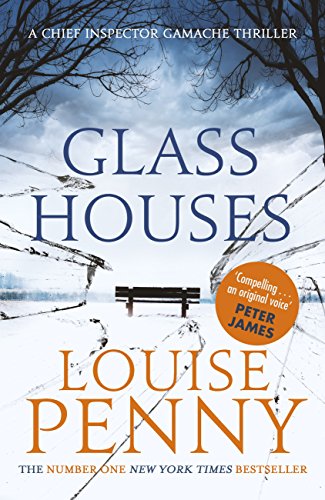 One cold November day, a mysterious figure appears on the village green in Three Pines, causing unease, alarm and confusion among everyone who sees it. Chief Superintendent, Armand Gamache knows something is seriously wrong, but all he can do is watch and wait, hoping his worst fears are not realised.

But when the figure disappears and a dead body is discovered, it falls to Gamache to investigate.
In the early days of the murder inquiry, and months later, as the trial for the accused begins, Gamache must face the consequences of his decisions, and his actions, from which there is no going back . . .

Armand Gamache has returned to the Quebec Surete as Chief Superintendent. By rights he ought to be retired and there are whispers going around that he is "past it",  just not up to the job: he is refusing to take swift and decisive actions, serious crime rates are rising, particularly drug trafficking. Those who were glad when he took on the job are losing faith.

This is a novel with a slippery time frame. In the opening chapter Gamache is in the witness box at a murder trial. Unusually he was the arresting officer and the arrest took place at the village of Three Pines where he lives. Other people from the village, including his wife, will also be called as witnesses. The judge is overseeing her first murder trial. Already she has detected something rather odd in the proceedings. There seems to be some sort of collusion between Chief Inspector Gamache and the Chief Crown Prosecutor, although at the same time they don't seem to like each other.

The novel slips back and forwards in time giving the reader the background to the case. That in itself is not unusual but there is something else going on here, just a hint that it could mean the end of their careers for the two men in the court. There is a defendant in the box, but for the moment we are not told who, nor who the victim was.

Most of the residents of the small village of Three Pines feature in the novel, and this is really where having read the series comes in. I suppose you could read the book as a stand-alone, but that is hard for me to say as I have read the series. Believe me, it is worth doing that. Many hours of reading pleasure await you.

Penny must have your highest composite score.