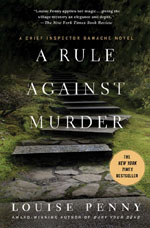 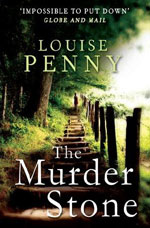 Wealthy, cultured and respectable, the Finney family is the epitome of gentility. When Irene Finney and her four grown-up children arrive at the Manoir Bellechasse in the heat of summer, the hotel's staff spring into action. For the children have come to this idyllic lakeside retreat for a special occasion - a memorial has been organised to pay tribute to their late father. But as the heat wave gathers strength, it is not just the statue of an old man that is unveiled. Old secrets and bitter rivalries begin to surface, and the morning after the ceremony, a body is found. The family has another member to mourn.

A guest at the hotel, Chief Inspector Armand Gamache suddenly finds himself in the middle of a murder enquiry. The hotel is full of possible suspects - even the Manoir's staff have something to hide, and it's clear that the victim had many enemies. With its remote location, the lodge is a place where visitors come to escape their pasts. Until the past catches up with them...


This is another fine offering from Louise Penny. (see my review of THE CRUELLEST MONTH which I rated at 4.8)

I've written before about detectives whom I enjoy renewing acquaintance with - Reg Wexford, Guido Brunetti, Precious Ramotswe, and just recently I added Bennie Griessel and Kubu Bengu to that list - well, Armand Gamache is one of those. I also enjoyed the opportunity to learn more about his personal life, and to strike up a better acquaintance with his wife, Reine-Marie.
One of the things that I like about Armand is his strength of character. There's a touch of humour in A RULE AGAINST MURDER when some of the Finney family write him off as a shopkeeper, well below their social status. Most of them are very surprised to find out his true identity.
He reminds me a lot of Maigret, and I'm not sure whether that is not his "Frenchness" coming out.

The plot of A RULE AGAINST MURDER is beautifully constructed, and apart from Gamache himself there are some very interesting characters such as the chef Veronique, the child Bean, and the owner of Manoir Bellechasse, Madame Dubois. There's something a little cozy about the construction, something Poirot-ish about Gamache too. In many senses it is a locked room mystery - someone in the house party must have committed the murder.

The other aspect of the book that struck me is how it builds on our knowledge of the characters from the village of Three Pines whom we may have met in earlier books. Even if you haven't read any of the earlier books, do get this one.
And here is some information to make you find the earlier ones:
My rating: 4.9
Read the Prologue and Chapter One online at Amazon
At the moment Amazon is selling the hardback at an amazing $US3.78!

STILL LIFE: my rating 4.6
Louise Penny's first novel was runner up in the Crime Writers' Association's Debut Dagger Award in 2004, in manuscript form.
In the early morning of Thanksgiving Sunday, 76 year old Jane Neal is found dead in the woods of the small Canadian village of Three Pines. She has been shot through the heart by a hunter's arrow - was it an accident or is it murder? There are many secrets in this village and this case gets a distinguished detective from Surete du Quebec, Chief Inspector Armand Gamache. Jane had recently entered a revealing village 'portrait' into the village art competition. Her great friend Timmer Hadley had also recently died. Were the events connected? Most enjoyable, but not for the impatient, one-more-title-to-add-to my-list, reader. Be prepared to spend some time sifting the clues.

DEAD COLD: my rating 5.0
#2 in the Armand Gamache series. In the little Canadian village of Three Pines another death has occurred. A female spectator, the hated CC de Poitiers, has been electrocuted while out on the ice watching the annual Boxing Day curling match. This has to be murder but no-one saw anything. Coincidentally the victim has been living in the house that was the centre of the last murder in Three Pines, Gamache's case a year ago, the focus of Penny's debut novel STILL LIFE. Gamache renews old acquaintances in the village and we learn more about him. Do read these books in order if you can.

Kerrie - I know what you mean about Gamache; I like renewing my acquaintance with him, too : ). I haven't read this one yet, but it's on my TBR list : ).

I wonder why her books have all been given two titles? It makes it very confusing, and there isn't that much of a difference between the titles - none of them are distinctive enough to differentiate them.

I loved this Gamache mystery. It was kind of like a pause before beginning again in Three Pines. Loved getting to see his wife more and I'm very partial to country home mysteries. This fits the bill.

I just pulled this out of my book stack to read next!!! I'll let you know when I've read it, how I like it. A Brutal Telling (the title here in Canada, the next in the series, is out in trade paperback now, is it out there yet?

Ms. Penny. How did Julie die? She was murdered before the statue fell on her. And is bean male or female? We still don't know.

I think I thought Bean was female