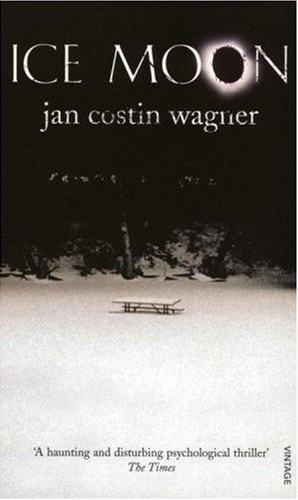 Have you ever wished you could turn back the clock, so that recent events have never happened?
Then you, I, the detective in this novel, and the murderer, all have something in common.

Detective Kimmo Joentaa of the Turku CID in Finland was holding his wife Sanna's hand when she went to sleep for the last time. For days and nights he had been at her bedside, and he noted the time of her death. It left him with a deep stabbng pain that he thought would never leave him.

The day after Sanna's death he reports back for work, not knowing what else to do. It isn't as if there is no work to occupy him. In the week before, an attempt had been made on the life of a local politician. After Joentaa returns to work a man who has been away from home for a week reports the death of his wife. It seems she was very probably suffocated with a pillow during the previous night. It is the first of three deaths that at first do not seem to be connected but Joentaa's gut feeling is that they are.

From the start the reader knows who the murderer is and for much of ICE MOON we watch the murderer's path and that of the investigation converge. Kimmo Joentaa probably should not have gone back to work so early. He is having trouble letting go, of detaching himself from Sanna. He sees her everywhere, and interprets events and clues in the light of his relationship with her.

So ICE MOON is a whydunnit rather than a whodunnit. It is an investigation into not only why the murderer is committing the murders, but why the investigators behave as they do. Just as Kimmo Joentaa is in many ways unfit to be part of this investigation, so too his boss Ketola has personal pressures that are making him fragile, and at time unfit to lead the investigation.

I read this novel, because it is set in Finland, as my final selection in the Scandinavian Reading Challenge.

Jan Costin Wagner (Langen, 1972 - ) is a comparatively young German writer. His first novel, "Nachtfahrt" (Night Trip) was published to much acclaim in 2002 and won the Marlowe Prize for Best Crime Novel.
ICE MOON has been translated into thirteen languages. Its French edition was was nominated for the Prix Coeur Noir and its American edition for the Los Angeles Times Book Prize.
His third novel is Im Winter der Löwen
Das Schweigen, his fourth, was awarded the German Crime Prize in 2008. Its English-language version, translated by Anthea Bell, will be published by Harvill Secker in 2010.

Kerrie - Sounds like an interesting book. Thanks for this review. I have to admit that I'm woefully behind in my Scandinavian crime fiction, but this one sounds like a good one.

Thanks for the review. I have this sitting on the Scandinavian crime shelves; maybe it's time to take it down and read it!

I really must find some reading time again!

Jan Costin Wagner is one of my favorite authors. I love every book that he wrote. I am sure that Ice Moon is going to be successful like his other books.