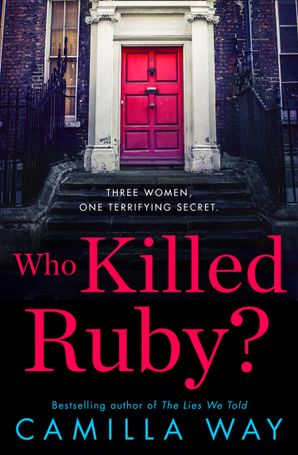 You never know what’s going on behind closed doors…

If you passed it on the street, you’d see an ordinary London townhouse. You might wonder about the people who live there, assume they’re just like you.

But inside a family is trapped in a nightmare. In the kitchen, a man lies dead on the blood-soaked floor. Soon the police will come, and they’ll want answers.

Perhaps they'll believe the family’s version of events – that this man is a murderer who deserved to die.

Thirty two years ago Vivienne's sister Ruby, aged just 14, and heavily pregnant, was killed by her boyfriend. Vivienne was just 8 and her testimony was responsible for putting Ruby's boyfriend Jack behind bars for over 20 years.

Jack insisted he was innocent and his family persecuted Vivienne and her mother Stella. Jack is now out of gaol and it is the anniversary of Ruby's death.

Vivienne has moved on, rebuilt her life, and has her own daughter who is nearly 14, but she still has nightmares almost every night, featuring her sister's killer, but she never sees his face.

This is a tightly plotted page turner and it won't be the only book by this author that I will read.

About the author
Camilla Way was born in Greenwich, south-east London in 1973. Her father was the poet and author Peter Way. After attending Woolwich College she studied modern English and French literature at the University of Glamorgan. Formerly Associate Editor of the teenage girls' magazine Bliss, she is currently an editor and writer on the men's style magazine Arena. Having lived in Cardiff, Bristol, Bath and Clerkenwell, she now lives in south-east London.