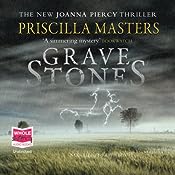 For recently engaged DI Joanna Piercy, a murder is the last thing she wants to deal with. Especially one with as dark a back story as that relating to calculating landowner and farmer Jakob Grimshaw; a man who managed to make enemies of all his neighbours and what little family he still had. One thing is certain; Joanna has a tough job ahead of her...

I listened to the preceding title in this series, WINGS OVER THE WATCHER, only last week, and enjoyed it so much that I decided to listen to the next straight away, unusual for me.

Jakob Grimshaw and his run down, noisy, and smelly farm are not well liked by his immediate neighbours whose individually styled town houses are built on land he sold to a developer. So it is not until his body begins to smell that anyone realises that he has been dead for a few days.

There are plenty of suspects: 9 property holders on the estate, and an estranged daughter. The problem is, you can't establish alibis until you know when the murder took place. The best Joanna Piercy is able to do is to establish a range of time.

Joanna has just come back from a lovely holiday in Spain, during which she has become engaged. This part of the story follows on that strand in WINGS OVER THE WATCHER.
Everyone asks her what is going to happen to her career but Joanna is adamant that nothing will change, although her husband-to-be, pathologist Matthew Levin, has other ideas and hopes.

This was a most enjoyable and highly recommendable read. A good police procedural. In particular I enjoyed the development of the professional relationship between DI Piercy and her assistant DS Mike Korpansky.

Kerrie - Thanks for this. From reading your other view and this one, I most definitely must try this author.