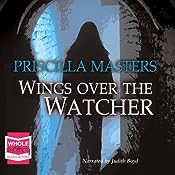 Dedicated to her profession, DI Joanna Piercy has built her imposing reputation on thorough investigative police work. However, the job that once excited and intrigued her has now fallen into a familiar pattern of form filling and snide office banter.

Distracted from her duty by her recent miscarriage and split with her partner, Matthew, Joanna is battling through this painful emotional period alone. She finds solace in her work, yet her focus and coherency are out of sync. She resorts to formulaic solutions to resolve her cases, having seen the same situations time and again. So when Arthur Pennington enters her office in a state of confused distress and reports that his wife, Beatrice, is missing, Joanna does not reciprocate with the same emotion. Convinced that his wife is merely involved in an extra-marital affair, Joanna is dismissive of Arthur's concerns. But when Beatrice's strangled body is discovered recklessly dumped on the Leek moorlands, she is forced to revaluate her stance.

Unbeknown to even her closest family, Beatrice had been harbouring a secret and dangerously obsessive infatuation, which stemmed from her deep-rooted insecurities and low self esteem. And Joanna knows well that unrequited love can not only be hurtful, but fatal!

Continuing the DI Joanna Piercy mystery series, Wings over the Watcher delves deep within the complex puzzle of the female psyche, examining the warped impact marital neglect can have on a woman's mental stability.

This is my first taste of the writing of Priscilla Masters and therefore of the Joanna Piercy police procedurals. Judith Boyd does an excellent job of the narration. I'm so impressed with this one that I'm going to listen to the next, and I may even search out earlier titles to read them.

Beatrice Pennington is an unremarkable woman, and when her husband reports that she is missing, it is easy to think that nothing really serious could have happened to her. Precoccupied with her own personal life, Joanna Piercy listens to Beatrice's husband Arthur report her disappearance. By coincidence Joanna has actually met Beatrice when she recently joined Joanna's cycling group. But it isn't until Beatrice's body is discovered under a hedge that the investigation ramps up.

Predictably Joanna learns that no-one really knows Beatrice, that she had a secret life. One of the problems is that no-one has really taken any notice of Beatrice for years. And when someone finally does, murder is the result.

I found DI Joanna Piercy a bit flawed, somewhat too ready to rely on her own opinions, and perhaps a little jaded in her approach to her job. I suspect this is a "woman's" read, not a book that will appeal to male readers. But perhaps you are familiar with the series, and feel differently?

Kerrie - I'm not really familiar with this series 'though I've heard of it. As I read your review I was thinking about how often we have a plot where someone goes missing, is found dead and then everyone finds out the victim had a completely other secret life. When it's done well it can be very good.

Yes, you are right Margot. It is a fairly common plot but what strikes you in this one is that the detectives are not concerned and are constantly mentally justifying their lack of action even though the disappearance is so out of character.
I changed my mind several times about who the murderer must be.