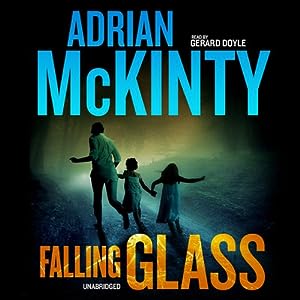 Richard Coulter is a man who has everything. His beautiful new wife is pregnant, his upstart airline is undercutting the competition and moving from strength to strength, his diversification into the casino business in Macau has been successful, and his fabulous Art Deco house on an Irish cliff top has just been featured in Architectural Digest.

But then, for some reason, his ex-wife Rachel doesn’t keep her side of the custody agreement and vanishes off the face of the earth with Richard’s two daughters. Richard hires Killian, a formidable ex-enforcer for the IRA, to track her down before Rachel, a recovering drug addict, harms herself or the girls.

Killian comes out of retirement to find Richard Coulter's wife - the money on offer is far too good. Half a million dollars seems a lot of money for dealing with a custody case. At first Rachel Coulter alone knows why her ex-husband is having her hunted down. There's a lot more at stake than two little girls.

The tension rises as Coulter pours more resources into the hunt. Killian realises that he himself is being tracked.

This is a difficult book to review without revealing too much of the story and so I'm not going to tell you much more. Despite his background as an IRA enforcer Killian comes over as a likeable character, but his willingness to be ruthless also comes in handy. The story is based mainly in Ireland.

I've also reviewed
FIFTY GRAND
4.6, THE COLD COLD GROUND
4.8, I HEAR THE SIRENS IN THE STREET