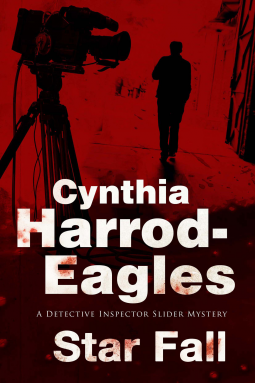 Right on cue, the phone rings. ‘Now look what you’ve done,’ says Slider. It’s a homicide. The post-Christmas lull is officially over.

The deceased is antiques expert Rowland Egerton, the darling of daytime TV, stabbed to death in his luxurious West London home. The press are going to be all over this one like a nasty rash: the pressure’s on Slider for a result, and soon. Egerton’s partner, the bulky, granite-faced John Lavender, found the body; did he also do the deed? Or was it a burglary gone wrong? A missing Fabergé box and Impressionist painting point that way.

But as Slider and his team investigate, none of the facts seem to fit. And it soon becomes clear that the much-loved, charming Mr Egerton wasn’t as universally loved, or perhaps as charming, as Slider was first led to believe . .

I have been intending to read a title by this author for some time, even years. The Bill Slider series began with ORCHESTRATED DEATH published in 1991, and STAR FALL is #17 so I have plenty to catch up on.

The style of this police procedural set in London is very similar to Ruth Rendell's Wexford series. From what I can see in STAR FALL Bill Slider is the central sleuth but he begins the series as a Detective Inspector and hasn't really progressed much up the ladder in nearly 25 years. The blurb for the first in the series describes him as "middle-aged and menopausal", so I am not sure that he has actually aged 25 years in that time.

There is plenty of "human background" on both Slider and the rest of his team in STAR FALL and the main plot of this cozy is carefully planned out. I found the plot of interest because I enjoy the various television shows that deal with antiques and the story seemed very plausible.

Certainly if you like cozies you might consider giving this series, or just this title, a try.

Kerrie - This series has been on my radar too, 'though I've not tried it yet. I just may...