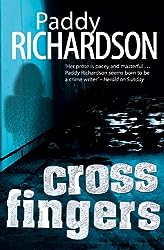 Television journalist Rebecca Thorne is working on a documentary project exposing a crooked ex-cop property developer. Much to her chagrin she is removed from the project to work on another documentary about the notorious 1981 South African rugby team's tour of New Zealand.

At the same, Rebecca breaks up with boyfriend Rolly. Strange things start to happen: is someone stalking her, breaking into her house and moving things? Or is she just being paranoid?

As she learns more about the '81 tour, Rebecca becomes fascinated by the Lambs, two anonymous protesters who mocked the police and entertained the crowds, and by the disappearance of one of them on the night of the Wellington test.

As sinister events in Rebecca's life increase, she gets closer and closer to finding out what happened to the Black Lamb...

As well as being a murder mystery, this story is a study of how the government of New Zealand became almost indistinguishable from a totalitarian regime as it saw to it that the Springbok tour of New Zealand went ahead. How a sport divided the people along political lines and brought confrontation to the streets of New Zealand cities where Springbok rugby matches were held.

Most of the novel takes the form of scripts of video interviews that Rebecca Thorne conducts with people from both sides, the rugby supporters and the police, and those protesting against the tour. Despite the violence perpetrated in the name of crowd control many of the police saw the protesters as dangerous and subversive, while the protesters saw the police as turning into faceless Gestapo-like troops. There are certainly political overtones running through the novel.

Thorne is seeking to give the television documentary, due to screen for the 30 year anniversary of the tour, a different twist to those that were produced for previous anniversaries. And she thinks she has found the slant she needs with the Lambs, two anonymous protesters disguised in woolly costumes,detested by the police and by some of the protesters too. On the night of the Wellington test one of them is murdered, and the other disappears.

But then Thorne becomes the target of heavy breathing on the phone, and she feels stalked, so convinced that someone has broken into her house that she has the locks changed.

A well constructed and engrossing story. And you will learn a lot about the Springbok Tour of 1981.

I loved this book, Kerrie, and so glad you liked it too! :-)

I very much enjoyed this read - I'm flabbergasted more Kiwi authors and screenwriters haven't delved into the 1981 Springbok Tour - and the 80s in general (Rainbow Warrior, Muldoon's snap election, Lange goverment, anti-nukes, standing up to the US on global stage, political manouevrings, 1987 stock market crash - it's a rich context/texture). The funny thing is, Paddy Richardson has several terrific books. She really should be read much more widely.

Sounds interesting, Kerrie! Thanks for the tip. She's best known for her short stories, isn't she?

This is a very good book. A kind blogger fan of Paddy Richardson's loaned it to me and I devoured it.

As a political person and anti-apartheid activist, I was fascinated with the protests against the Springbok Tour, had not known about it.

And the mystery was good, too.