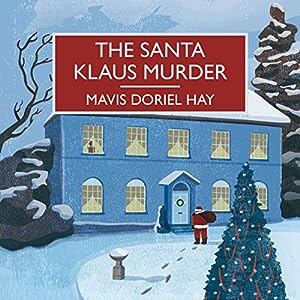 Aunt Mildred declared that no good could come of the Melbury family Christmas gatherings. So when Sir Osmond Melbury, the family patriarch, is discovered - by a guest dressed as Santa Klaus - with a bullet in his head on Christmas Day, the festivities are plunged into chaos.

Nearly everybody stands to reap some sort of benefit from his death excepting Santa Klaus, the one person who seems to have had every opportunity to fire the shot. Various members of the family have their private suspicions about the murderer, and the Chief Constable of Haulmshire wishes before long that he understood them better.

In the midst of mistrust, suspicion and hatred, it emerges that there was not one Santa Klaus but two.

A variant on a closed room murder mystery, the story is told from the point of view of a number of characters, but principally from that of the Chief Constable, a friend of the family, who seems determined to leave no investigative stone unturned. The result is a rather pedantic and plodding tale where this reader at least kept wondering when it was all going to finish. I'd come to my conclusion long before the Colonel had come to his, but his was no intuitive leap. He wanted every i dotted and every t crossed. He wasn't helped by the fact that very few of the family in residence for Christmas actually told the truth.

About the author
Mavis Doriel Hay (1894-1979) was a novelist of the golden age of British crime fiction. Her three detective novels were published in the 1930s and are now rare and highly collectable books. She was an expert on rural handicraft and wrote several books on the subject.