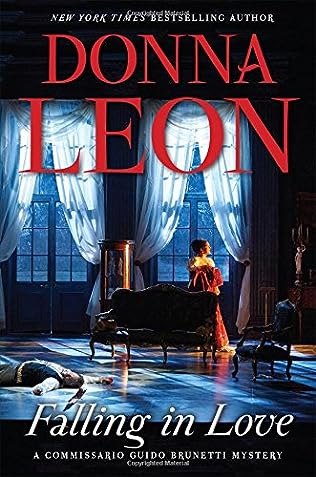 In Death at La Fenice, Donna Leon's first novel in the Commissario Brunetti series, readers were introduced to the glamorous and cut-throat world of opera and to one of Italy's finest living sopranos, Flavia Petrelli - then a suspect in the poisoning of a renowned German conductor.

Now, many years after Brunetti cleared her name, Flavia has returned to the illustrious La Fenice to sing the lead in Tosca. As an opera superstar, Flavia is well acquainted with attention from adoring fans and aspiring singers. But when one anonymous admirer inundates her with bouquets of yellow roses - on stage, in her dressing room and even inside her locked apartment - it becomes clear that this fan has become a potentially dangerous stalker. Distraught, Flavia turns to an old friend for help.

Familiar with Flavia's melodramatic temperament, Commissario Brunetti is at first unperturbed by her story, but when another young opera singer is attacked he begins to think Flavia's fears may be justified. In order to keep his friend out of danger, Brunetti must enter the psyche of an obsessive fan and find the culprit before anyone comes to harm.

Although he does use some police resources,  at first this is almost a private case for Brunetti. Not until a young singer whom Flavia Petrelli has praised is pushed down some steps does he really take it seriously. And then a mutual friend whose house Flavia is staying in is stabbed.

Once again the title is intriguing, almost misleading.

And then the reader might question the morality of the "justice" meted out in the end.

Signora Elettra goes on strike over what she sees as the unfair dismissal of one of her colleagues, and there is also some discussion of how Venice has changed particularly under the influence of tourism.