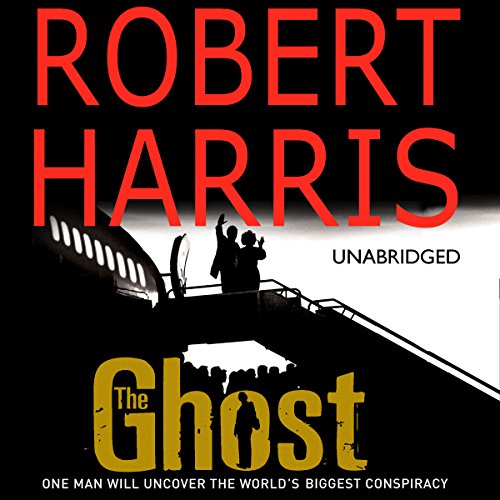 
The moment I heard how McAra died I should have walked away. I can see that now...

The narrator of Robert Harris's gripping new novel is a professional ghostwriter - cynical, mercenary, and with a nice line in deadpan humour. Accustomed to working with fading rock stars and minor celebrities, he jumps at the chance to ghost the memoirs of Britain's former prime minister, especially as it means flying to the American resort of Martha's Vineyard in the middle of winter and finishing the book in the seclusion of a luxurious house.

But it doesn't take him long to realise he has made a terrible mistake. His predecessor on the project died in circumstances that were distinctly suspicious, and the ex-prime minister turns out to be a man with secrets in his past that are returning to haunt him - secrets with the power to kill.

I've probably missed all the political implications of  this contemporary thriller (see more), but it certainly is a good read. We never find out who the ghost writer is, but he finds out that his predecessor has recently died, and that he must work on the manuscript in the house where his subject, a recently unseated British prime minister, is staying. Not only that, but the timeline for completing the work is incredibly short.

The ghost writer realises that this is yet another boring autobiography. There is no personal interest to hook the reader and he feels that he will need to cull much of the existing text and find something new as the opening hook. In his quest to be thorough he discovers that much of the text written by his predecessor is not true at all. And then an international news item brings the "hook".

The text is superbly narrated by Michael Jayston.