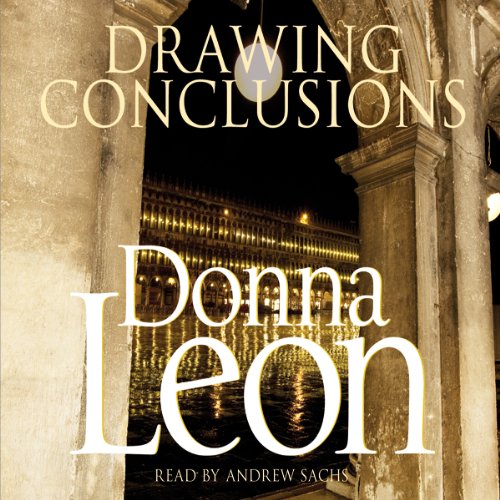 
When Anna Maria Giusti returns from holiday to find her elderly neighbour Constanza Altavilla dead, with blood on the floor near her head, she immediately alerts the police. Commissario Brunetti is called to the scene and it seems the woman has suffered a fatal heart attack. Patta, the Vice-Questore, is eager to dismiss the case as a death from natural causes, but Brunetti believes that there is more to it.

It soon transpires that there are some faint bruises around her neck and shoulders, indicating she may have been shaken. Could this have caused a heart attack? Was someone threatening her?

Meanwhile, Brunetti meets Signora Altavilla’s son, Niccolini, who tells him that since her retirement she had been helping out at a nearby nursing home. Brunetti visits the home with Ispettore Vianello to try and find any information that might be connected to the case. While they speak to those she spent the most time with, it appears that there is some hostility between the residents, which raises Brunetti’s suspicions. Once again, he enlists the help of Signorina Elettra, who discovers that Signora Altavilla was involved with an organisation that helped women at risk, providing them with a safe house. Could this have something to do with her death?

As the investigation takes an unexpected twist in events, Brunetti needs to find out the truth before it gets buried within a community that seems to be slipping deeper and deeper into deception and lies.

I was a bit doubtful about listening to this audio version, first of all because I had already read the book some time ago, and secondly because this is an abridged version. I generally avoid abridged books because I am never sure about what is actually left out, I was attracted to the book because the narrator is Andrew Sachs (Manuel from Fawlty Towers)

There is always the danger too with an audio book that you can nod off while listening, and while he does an excellent job most of the time, Sachs' voice is a bit soporific at times. Other reviewers commented on how slowly the book moved.

I have read a large number of Donna Leon titles and I think in part my enjoyment must have come from the fact that I have considerable background about the main characters: Brunetti, his colleagues and his family. I enjoy the interaction between them and the finely drawn portraits that lead to great visualisation.

As usual with Leon novels the plot incorporates elements of life in modern Venice. So there is political and administrative corruption, problems of caring for an elderly population, social violence particularly towards women. Behind it all Leon's slightly quirky sense of humour shows itself.