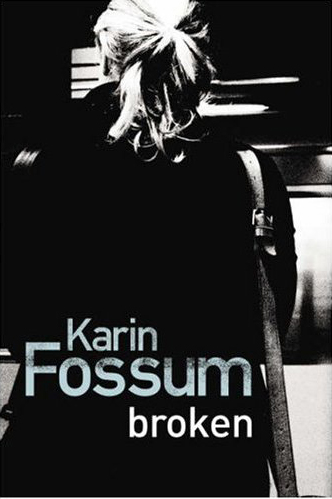 The author sits at her desk staring out at the long queue of people waiting on the drive outside her house. They stand there in the shadows, waiting to become characters in her book, for their stories to be told. That night, while she sleeps, one of the characters jumps the queue, enters her house, and sits in the chair by her bed.

The author agrees to tell his story next. She gives him a name, and begins to tell his story. But the reader knows Alvar has no story until the author creates it. Alvar Eide is forty-two years old, a bachelor, who works in an art gallery. His father had lived to only fifty-three and Alvar imagines that he himself has only eleven years to live. Alvar is a little old-fashioned both in his attitudes and his appearance about which he is fastidious. He doesn't relate to people very well, which is why he doesn't know how to handle the young girl, a homeless drug addict who works out how to get him to give her money. She steals a door key from him so she can let herself in and out of his house whenever she wants to.

The novel is told on two levels. Alvar visits the author whenever he feels that he isn't coping, or when he doesn't feel she is carrying out her part of their relationship properly. Ultimately the author is the one who has control over what happens to Alvar. She says early on that she is not god, but in terms of Alvar's life she is. Alvar knows that the author's computer is full of drafts, of stories lying incomplete and he is frightened that she will forget about him. She on the other hand creates situations that will test Alvar and some of these tests he fails miserably.

In BROKEN Karin Fossum plays with the reader's mind. We wonder how much free will Alvar really has. The idea that he is a fiction of the author's creation is a challenging one, even though we know it to be true. Fossum dabbles in metaphysics, with the very nature of Alvar's existence. We know that authors create their characters, but how real are they to the author who created them? The author and Alvar even discuss the methods by which he might die. We see some of the dilemmas that an author faces in bringing a novel to publication, how she lives and breathes through the characters that she creates, how they take on a life of their own.

For those who have enjoyed Fossum's Inspector Sejer series, this stand-alone is very different. Although someone does die, some would not label it crime fiction. For that reason some Sejer fans will be disappointed. For my part, I prefer the Sejer series. BROKEN made me feel as if I was performing mental gymnastics.

Probably because of the connection established between the author and the characters of the story, BROKEN reminded me of a book I read years ago: THE ATHENIAN MURDERS by Jose Carlos Somoza.
The synopsis below is courtesy of Fantastic Fiction.
In ancient Athens, one of the pupils of Plato's Academy is found dead. His idealistic teacher Diagoras is convinced the pupil's death is not as accidental as it appears, and asks the famous Heracles Pontor, the "Decipherer of Enigmas," to investigate. As the death toll rises, the two men find themselves drawn into the dangerous underworld of the Athenian aristocracy, risking their own lives to solve the riddle of these young men's deaths. Simultaneously, a second plot unfolds: that of the modern-day translator of the ancient text, who, as he proceeds with his work, becomes convinced that the original author has hidden a second meaning in the text, one that can be interpreted through certain repeated words and images. As the story advances, however, the translator is alarmed to discover references to himself, which seem to address him personally in an increasingly menacing fashion.