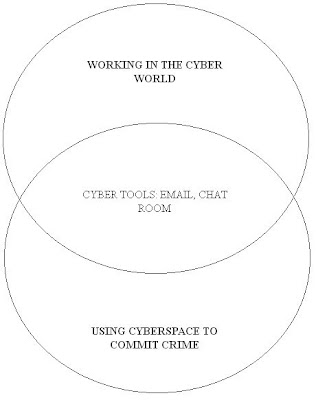 I often say that I am one of those lucky people whose daily work intersects with what they like to do for leisure. For nearly 10 years I have worked for an online company whose mission is to assist teachers in using information technologies and internet-based tools in particular.
In that role cyber safety, social networking, online technologies are all part of my daily life. I blog in both worlds, write dozens of emails every day, create web pages, use Twitter... you get the idea.

Every now and again something I read about in the crime fiction world strikes a chord with me because of its connection with the world I also work in.

The style used by Minette Walters to write THE DEVIL'S FEATHER, featuring a series of emails, struck a chord. Reginald Hill used a similar technique in A CURE FOR ALL DISEASES, which annoyed some readers but delighted me.

In P.D. Martin's second novel THE MURDERERS CLUB, the perpetrators meet in a chat room, and another Australian author, Felicity Young, in HARUM SCARUM has a cyber safety theme when paedophiles stalk children in internet chat rooms.

A teaching friend wrote in her blog this week about how some of her young 10 year old students had discovered the art of cyber bullying through email chain letters. 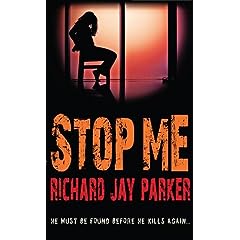 And so it just felt too coincidental when earlier this week I was contacted by a new author, Richard Jay Parker, whose debut thriller novel STOP ME is being published by Allison & Busby in the UK on August 4th. The premise on which the novel is based is chain email.

Here is the synposis from Amazon UK
Forward this email to ten friends. Each of those friends must forward it to ten friends. Maybe one of those friends of friends of friends will be one of my friends. If this email ends up in my inbox within a week, I won't slit the bitch's throat. Can you afford not to send this onto ten friends? Vacation Killer.
Leo Sharpe's life is shattered when his wife Laura suddenly disappears. His desperate need to find her turns to obsession when he becomes convinced she's the latest victim of The Vacation Killer who has claimed eleven lives already - is Laura going to be the twelfth? The MO is the same every time - a woman disappears and within hours inboxes around the world receive a threatening email. A few days later, grim evidence of the victim's death is delivered to the police. But in Laura's case, nothing is sent. Has the killer spared her life? Why? And for how long? For Leo, the clock is ticking - he needs to do everything in his power to stop the killer before it's too late.

I haven't had a chance to read STOP ME yet, but if you are in the UK, you might like to look for it in about 2 weeks time. Richard tells me STOP ME will eventually make it to Australia.

Here are some links to visit

Sounds like an interesting premise, but why am I getting images of the Movie "The Ring" in my mind :).

I have just downloaded "A Cure for all Diseases" from Audible so now I look forward to listening to it.