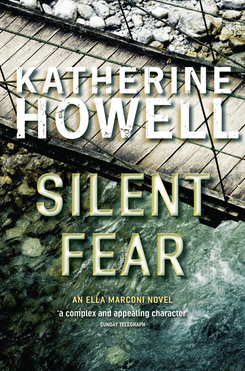 On a searing summer's day paramedic Holly Garland rushes to an emergency to find a man collapsed with a bullet wound in the back of his head, CPR being performed by two bystanders, and her long-estranged brother Seth watching it all unfold.

Seth claims to be the dying man's best friend, but Holly knows better than to believe anything he says and fears that his re-appearance will reveal the bleak secrets of her past – secrets which both her fiance Norris and her colleagues have no idea exist, and which if exposed could cause her to lose everything.

Detective Ella Marconi suspects Seth too, but she's also sure the dead man's wife is lying, and the deceased's boss seems just too helpful. But then a shocking double homicide related to the case makes Ella realise that her investigations are getting closer to the killer, but also increasing the risk of an even higher body count.

Katherine Howell has really cemented herself as an Australian crime fiction author of international note.

SILENT FEAR follows the pattern set in earlier novels: the main plot involves a paramedic working in the ambulance service in Sydney. In this case a young man collapses in the parklands and is then discovered to have been shot. The investigating officer is Detective Ella Marconi. Ella is the thread that connects the series.

As in the other novels, there is also a thread that connects the paramedic Holly Garland and Detective Ella Marconi. In this case there is something in Holly's past that gives a colleague a hold over her, while a new detective is making Ella's life a little unpleasant.

Howell strikes a nice balance between descriptive detail, and an authoritative view of both paramedic and police procedures.  In the five novels in the series so far she has established an interesting character for Detective Ella Marconi, and yet it doesn't feel like the reader can't break into the series at any point. The result is a tightly constructed, fast paced thriller.

My other reviews of books in the series
THE DARKEST HOUR
4.8, COLD JUSTICE
- includes a mini review of debut novel FRANTIC
4.8, VIOLENT EXPOSURE

About Katherine Howell
Katherine Howell worked as a paramedic for fifteen years while completing her Bachelor and Masters degrees in creative writing. Her first novel, Frantic, was published in 2007 by Pan Macmillan and set a paramedic alongside Sydney police detective Ella Marconi in 'an adrenaline rush of a thriller' (Sydney Morning Herald). It won the 2008 Davitt award for best crime fiction. Her second book, The Darkest Hour, continued the pattern with Ella and another paramedic in 'a finely paced and engrossing novel' (Guardian UK). The third in the series, Cold Justice, made the Australian bestseller list, saw Katherine travelling on a P&O cruise as guest author, and was described by NYT bestselling author Tess Gerritsen as 'one of my favourite books of the year'. It also won the 2011 Davitt award for best crime fiction, making Katherine the only author to have won twice. more

Kerrie - Thanks for the excellent review. This is a series that I truly wish I knew better than I do.