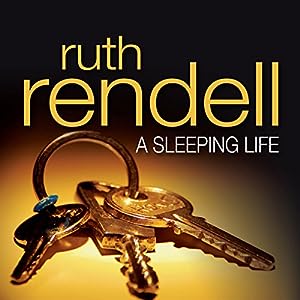 The body found under the hedge was that of a middle-aged woman. With nothing more to go on than what appeared to be a sardonic gleam in the wide and staring eyes of the victim, It’s time for Wexford and his team to get pro-active. From a seemingly unremarkable death comes an intricate web of lies and deception.

A wallet found in the victim’s handbag leads our hero, Inspector Wexford, to a Mr. Grenville West, a writer whose plots revel in the blood, thunder, and passion of dramas of old; whose current whereabouts are unclear; and whose curious secretary--the plain Polly Flinders--provides the Inspector with more questions than answers. And when a second Grenville West comes to light, Wexford faces a dizzying array of possible scenarios--and suspects--behind the Comfrey murder.

This is one of those stories where Wexford seemed a bit plodding in coming to the same conclusion as me but then I can't really decide whether or not I had actually read this before, decades ago, when I was focussed on reading Wexford after Wexford.

Wexford's search for the family of the dead woman under the hedge, Rhoda Comfrey, turns up remarkably little information, and in particular he can't find out where she has lived in London for the last twenty years. Wexford calls in a few favours among London police in a desperate attempt to stave off the Chief Constable's threat to hand the case over to Scotland Yard if he hasn't solved it by the end of the week.

Wexford's personal life becomes complicated when his daughter Sylvia leaves her husband and adds herself and her two young sons to stay indefinitely with Dora and Reg. Sylvia is feeling much put-upon, in a women's lib way of thinking, and Reg tries to add his bit of common sense to the brew.

I love the way Rendell weaves the byplay between Reg and his colleague Mike Burden into the investigation, while the ongoing story of Wexford family life hums along in the background.

And Nigel Anthony does an excellent job with the narration.

I've always liked the way Rendell weaves in Wexford's 'home life' story with the ongoing case. I think she does that well. Glad you found more to like than not here, Kerrie.