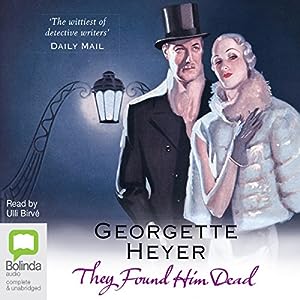 The 60th birthday party of Silas Kane was marred by argument and dissension among his family. And then, the morning after the celebrations, Kane is found dead at the foot of a cliff. The theory that Silas accidentally lost his way in the fog is confirmed when the coroner returns a verdict of death by misadventure.

But then Kane's nephew and heir is murdered and threats are made on the next in line to the fortune, throwing a new and sinister light on Kane's death. All clues point to an elderly lady of eighty as the killer. But as the redoubtable Superintendent Hannasyde delves further into the case he discovers that nothing is quite as it seems

It takes quite a while for Superintendent Hannasyde to make an appearance, in my estimation about half the novel has passed before he is called in, and then only after the second death.

Meanwhile the reader has explored the Kane family. I may have found this less confusing if I had been reading with my eyes rather than my ears. The author has the tendency to refer to characters sometimes by first name and sometimes by surname. It took me quite a while to work out they were not two different people. I think perhaps which name is used depends on the character's role in the family and applies particularly to Mrs Kane (senior)'s companion.

We accept the interpretation that Silas Kane was murdered while on his evening walk, pushed over a cliff in the fog, readily enough but all theories are confounded when his heir is shot while sitting at his desk in the study. His distraught wife has a lover but as she will not inherit there seems no reason to suspect him or her. Attention focusses on who will now be the heir, and a dodgy investment scheme lurks in the wings.

As I noted in my review of an earlier Heyer detective novel, the language seems a bit dated but the plotting is tight, and the characters, although some are abysmal people, or perhaps because they are, are quite realistic.

Kerrie - I think Heyer did character development fairly well, too. You raise a good question too about how to handle names. First name? Surname? Both? I ought to think about that in my own writing.