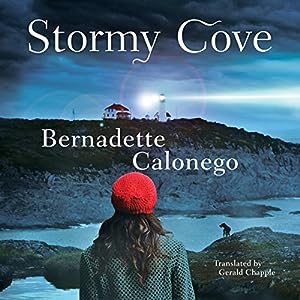 As a globe-trotting freelance photographer based in Vancouver, British Columbia, Lori Finning has seen just about everything. But when she lands an assignment on the barren, snow-swept island of Newfoundland, she finds herself in harsh and unfamiliar territory.

During the long, dreary winters in the isolated fishing community of Stormy Cove, gossiping is the primary pastime. So Lori is surprised when she learns of a crime the locals have spent twenty years not talking about: the strange, unsolved murder of a teenage girl. As she delves deeper into the village's past, she'll discover dark family secrets, unexplained crimes, and an undeniable attraction to Noah, a taciturn local fisherman who just might hold all the answers.

An intriguing and rather complicated plot with lots of plot lines. Lori Finning's assignment to create a coffee table record of life in a remote Canadian fishing village turns into a murder mystery and an investigation of missing women. Rather inevitably it also has a romance strand, and also some danger to Lori herself.

Nicole Zanzarella does a good job with the narration, producing a number of voices to differentiate different characters.

The author also uses not only first voice narration but also some segments when a person is being interviewed about his/her impressions of the main characters in the story. This made for challenging listening.

About the author
Bernadette Calonego was born in Switzerland and grew up on the shores of Lake Lucerne. She was just eleven years old when she published her first story, in a Swiss newspaper. She went on to earn a teaching degree from the University of Fribourg, which she put to good use in England and Switzerland before switching gears to become a journalist. After several years working with the Reuters news agency and a series of German-language newspapers, she moved to Canada and began writing fiction. Stormy Cove is her fourth novel. As a foreign correspondent, she has published stories in Vogue, GEO, and SZ Magazin. She splits her time between Vancouver, British Columbia, and Newfoundland.