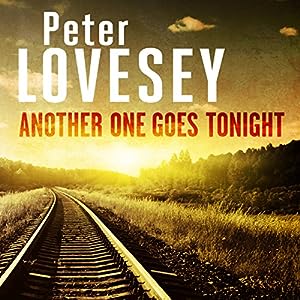 Peter Diamond, the Bath detective brilliant at rooting out murder, is peeved at being diverted to Professional Standards to enquire into a police car accident.

Arriving late at the scene, he discovers an extra victim thrown onto an embankment - unconscious and unnoticed. Diamond administers CPR, but no one can say whether the elderly tricyclist will pull through. But why had the man been out in the middle of the night with an urn containing human ashes?

Diamond's suspicions grow after he identifies the accident victim as Ivor Pellegrini, a well-known local eccentric and railway enthusiast. A search of Pellegrini's workshop proves beyond question that he is involved in a series of uninvestigated deaths. While Pellegrini lingers on life support, Diamond wrestles with the appalling possibility that he has saved the life of a serial killer....

Another intriguing read from a master story teller.

Peter Diamond is delegated to assist a Professional Standards team after a police car is involved in a serious accident just at the end of its shift. The station has received a call about a naked man and the squad car is on its way to investigate when the driver swerves to avoid hitting an object. It rolls, the young driver is killed, and his passenger seriously wounded. There are many other things that Diamond would rather be doing than investigating colleagues.

However near the scene he discovers an elderly man, also seriously injured, presumably hit by the police car, and he begins to take a personal interest. But what was he doing out at that hour of the morning? The more Diamond and his team investigate, the more intriguing it becomes, especially after they work out that a number of elderly people have met untimely ends, albeit from supposedly natural causes.

The narration by Peter Wickham is particularly adept, with good distinguishing between characters.

I've been following this prolific British crime fiction author since 1972 when I was hooked by his debut novel WOBBLE TO DEATH. Check him out on Wikipedia.