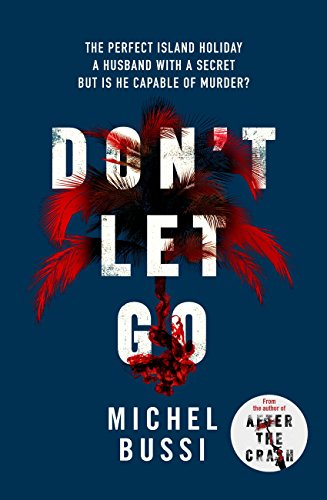 
Picture the scene - an idyllic resort on the island of Réunion. Martial and Liane Bellion are enjoying the perfect moment with their six-year-old daughter. Turquoise skies, clear water, palm trees, a warm breeze...

Then Liane Bellion disappears. She went up to her hotel room between 3 and 4pm and never came back. When the room is opened, it is empty, but there is blood everywhere. An employee of the hotel claims to have seen Martial in the corridor during that crucial hour.

Then Martial also disappears, along with his daughter. An all-out manhunt is declared across the island. But is Martial really his wife's killer? And if he isn't, why does he appear to be so guilty?

Liane Bellion's disappearance from her hotel room is treated very seriously right from the beginning, particularly because of the blood stains on the bed and the floor. It seems that her husband Martial is in the clear until it is discovered that he visited the bedroom shortly after Liane went there. His access to a laundry trolley seems to indicate that he may have disposed of her body before he roused hotel staff to her disappearance.  And then suspicion lands squarely on him when both he and his daughter go missing.

I found the structure of the book distracting, particularly because there are places where French or Creole terminology is used in the text, with footnotes in English. As the reader, you are not sure whether it is important for you to remember this, whether that term will appear again.

However there were a number of mysteries to be solved, and the plot had many twists, with the effect of raising the tension and level of mystery. The final explanation and plot resolution is ingenuous and I began tossing up a number of denouements from about half way through.

As a Brit who lives in Reunion when I first heard that "Ne lâche pas ma main" by France's third best-selling author was going to be translated into English I thought 'great'. There's very little written in English about Reunion, especially in fiction. Then I read the French book and was very disappointed. The crime story itself is decent enough, but:

Bussi uses a lot of clichés about the island and has only a superficial knowledge of Reunion's social climate and realities gleaned from what I've gathered from one or two stays on the island;

Bussi uses some Creole but not always Reunion Creole (other people have said it's from the West Indies: Martinique or Guadeloupe);

Bussi's timings are completely off (e.g. time taken to drive from Saint Gilles to the volcano, or time needed to walk from the Plaine des Sables to Sainte-Rose). This is somewhat surprising given that the author is also a Professor of Geography!