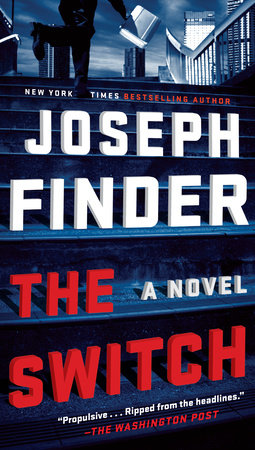 Michael Tanner picks up the wrong MacBook in an airport security line, a mistake he doesn’t notice until he arrives home in Boston. Tanner’s curiosity gets the better of him, and he discovers that the owner is a US senator and that the laptop contains top secret files.

When Senator Susan Robbins realizes the mix-up, she calls her chief of staff, Will Abbott, in a panic. Both know that the senator broke the law by uploading classified documents onto her personal computer.

Hoping to avoid Snowden 2.0, Will attempts to gain Tanner’s cooperation and recover the laptop. When Will fails, he turns to an unscrupulous “fixer” for help. Meanwhile, the security agency whose files the senator has appropriated has its own, darker methods–and suddenly Tanner finds himself a hunted man, on the run, terrified for the safety of his family, in desperate need of a plan, and able to trust no one.

This story begins as a mistake anybody could make at an airport security line. When Michael Tanner opens up what he thinks is his MacBook at home  and discovers it isn't his, he also discovers that the owner uses their name to login and has left their password conveniently on the bottom of the computer on a post-it note.  He uses the password to log in to the laptop and that is when he discovers it contains sensitive material, and becomes aware of who it belongs to.

The Senator to whom the MacBook belongs rings her chief of staff in a panic, but does not admit she has left the password so conveniently on the laptop.  However chief of staff, Will Abbott, agrees to take the laptop she has brought back and to find out who it belongs to. Will manages to find someone to break into Michael's laptop and to work out how to contact him.

However when Will rings Michael Tanner he doesn't say he is ringing on behalf of the senator and Michael becomes suspicious and says he doesn't have the laptop.

That triggers off a chain of reactions with at least two groups of people trying to get hold of the senator's laptop. The story raises some moral questions too. What should Michael have done when he first discovered who owned the laptop he brought home by mistake?

The consequences are dire for both Michael Tanner and all those involved.