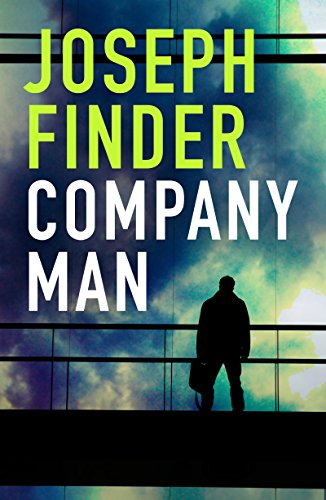 
Nick Conover is the CEO of a major corporation, a widower and single parent, he's struggling to insulate his ten-year-old daughter and angry sixteen-year-old son from the town's hostility.

When his family is threatened by a nameless stalker, Nick is faced with a dead body and damning circumstances. To protect his family, he must cover up this murder.

Now Audrey Rhimes, a police investigator with an agenda of her own, is determined to connect Nick to the homicide. Nick, in the meantime, begins to unravel a web of intrigue within his own corporation, involving his closest colleagues, that threatens to gut the company and bring him down with it. With everything he spent his life working for hanging in the balance, Nick Conover discovers that life at the top is just one small step away from a long plunge to the bottom.

Recently Nick Conover was the one, as the CEO of the Stratton Corporation, who instigated 5,000 layoffs, to keep the company afloat. So now he is known in the local media as "Slasher" and people turn away as he approaches them.

Last year his wife was killed in a late night motor car accident on an icy road. And now he has a stalker breaking into his house and leaving cryptic messages daubed on the walls. Nick and his family live in a mansion in a gated community but it doesn't stop the stalker. Over the past year he has had calls from the alarm company or the police. But the police aren't in a hurry to track the stalker down. The latest incident is the death of their family dog, and now Nick is seriously worried.

Nick gets his company security director Rinaldi to install a better security system and also accepts a gun from him. Soon after the new system is installed, the stalker comes back, and approaches the house. Nick shoots him in a panic, and Rinaldi disposes of the body. Nick then lives in fear that the body will be found and he will be exposed as a murderer.

The story makes an arresting start but a dead body isn't Nick's only problem. The Stratton Corporation isn't going well, he gets to the point where he doesn't know who to trust, there are problems at school with his 16 year old son, and then the body is found.