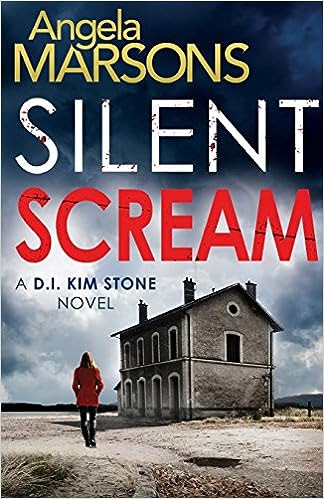 Even the darkest secrets can’t stay buried forever…
Five figures gather round a shallow grave. They had all taken turns to dig. An adult sized hole would have taken longer. An innocent life had been taken but the pact had been made. Their secrets would be buried, bound in blood …

Years later, a headmistress is found brutally strangled, the first in a spate of gruesome murders which shock the Black Country. But when human remains are discovered at a former children’s home, disturbing secrets are also unearthed.

D.I. Kim Stone fast realises she’s on the hunt for a twisted individual whose killing spree spans decades. As the body count rises, Kim needs to stop the murderer before they strike again. But to catch the killer, can Kim confront the demons of her own past before it’s too late?

I was reminded in reading this novel of the discoveries that have been made by recent government authorities, in this country and elsewhere, of the dreadful way children have been treated by those who were entrusted to their care. In Australia it has resulted in Royal Commissions exposing, among other things, systematic abuse.

D.I. Kim Stone has more understanding than most of how children have been treated in foster homes and orphanages because she has been there. She has a past that her colleagues are not aware of.

In this novel the institution where unspeakable things have occurred is Crestwood in the Black Country. The institution itself has gone, destroyed by fire, but some of the perpetrators of at least one crime live on, some of them waiting in fear for the truth to out. The pact they had made ten years earlier has held strong but is about to crack open. The death of first one then another will ensure that their connection to Crestwood will be seen, what they did exposed.

For the land next to Crestwood is about to become an archeological dig, despite efforts to prevent that happening.

I had read in other reviews that this is a remarkable first novel and I have to agree. Some elements of the plot are a bit standard: a female D.I. who is hard to control, a loose cannon who is too impatient to wait for the paperwork to be approved, a boss who threatens to stand her down but who is also prepared to defend her because she gets results. The superb creation of Kim Stone's character, and the way she interacts with her team, ensures that this is not a pedestrian novel. Far from it. It has a good level of tension that rachets up as the investigation progresses, and there is a lovely twist at the end. I'll be reading the next in the series: EVIL GAMES.

Angela Marsons is the author of Amazon UK #1 Bestseller SILENT SCREAM.
She lives in the Black Country with her partner, their bouncy Labrador and a swearing parrot.
She first discovered her love of writing at Junior School when actual lessons came second to watching other people and quietly making up her own stories about them. Her report card invariably read "Angela would do well if she minded her own business as well as she minds other people's".

After years of writing relationship based stories (My Name Is and The Middle Child) Angela turned to Crime, fictionally speaking of course, and developed a character that refused to go away.
She is signed to Bookouture.com in an 8 book deal. The second book in the Kim Stone series, EVIL GAMES, is released 29th May 2015.