Shortlisted for the 2018 McIlvanney Prize for Scottish Crime Book of the Year.

On holiday in the Scottish Highlands, forensic scientist Dr Rhona MacLeod joins a mountain rescue team on Cairngorm summit, where a mysterious plane has crash-landed on the frozen Loch A’an. Added to that, a nearby climbing expedition has left three young people dead, with a fourth still missing.

Meanwhile in Glasgow, DS McNab’s raid on the Delta Club produces far more than just a massive haul of cocaine. Questioning one of the underage girls found partying with the city’s elite reveals she was smuggled into Scotland via Norway, and it seems the crashed plane in the Cairngorms may be linked to the club. But before McNab can discover more, the girl is abducted.

Joined by Norwegian detective Alvis Olsen, who harbours disturbing theories about how the two cases are connected with his homeland, Rhona searches for the missing link. What she uncovers is a dark underworld populated by ruthless people willing to do anything to ensure the investigation dies in the frozen wasteland of the Cairngorms . . .

Although this title precedes the two in the series that I read earlier, I felt that it operated better as a stand-alone, although perhaps that was because I was already familiar with Rhona MacLeod and DS Michael McNab.

The story emphasises the connections between Scotland and Norway, not just the geographic one of the North Sea, but also the tough conditions, and the shared crimes.

This is certainly a series that I will return to again. 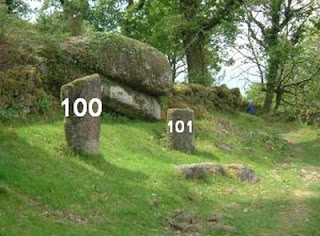 Each year I set myself a reading target and among them I set a number of books to strive for.

This year my target is 120, and yesterday I got to 100, which always feels special.

This is what the summary so far looks like (you will note that in some cases I am exceeding my targets):


You can find my summary page in full at https://paradise-mysteries.blogspot.com/p/blog-page_55.html

The world’s greatest detective, Hercule Poirot - legendary star of Agatha Christie’s Murder on the Orient Express and Death on the Nile - returns to solve a fiendish new mystery.

Hercule Poirot is travelling by luxury passenger coach from London to the exclusive Kingfisher Hill estate. Richard Devonport has summoned him to prove that his fiancée, Helen, is innocent of the murder of his brother, Frank. There is one strange condition attached to this request: Poirot must conceal his true reason for being there from the rest of the Devonport family.

On the coach, a distressed woman leaps up, demanding to disembark. She insists that if she stays in her seat, she will be murdered. A seat-swap is arranged and the rest of the journey passes without incident. But Poirot has a bad feeling about it, and his fears are later confirmed when a body is discovered in the Devonports' home with a note that refers to ‘the seat that you shouldn’t have sat in’.

Could this new murder and the peculiar incident on the coach be clues to solving the mystery of who killed Frank Devonport? And can Poirot find the real murderer in time to save an innocent woman from the gallows?

There has been considerable discussion about whether Sophie Hannah has quite captured Hercule Poirot, whether her characterisation of him rings true. My feeling is that while she has captured the essence of the great detective, she hasn't quite got it with the plotting. The plots to me become trivial, too much detail, and lacking in Agatha Christie's economy of words.  I think this is partly because the books are longer than Agatha Christie's were.

In the long run the author manages to bring the plot threads together and even to introduce a a couple of elements that we didn't see coming, to bring an element of surprise to the final denouement.

I must add also that the narration is superb.

The guilt that still haunts him resurfaces during a visit with his young family to the small coastal community he once called home.

Kieran's parents are struggling in a town where fortunes are forged by the sea. Between them all is his absent brother, Finn.

When a body is discovered on the beach, long-held secrets threaten to emerge. A sunken wreck, a missing girl, and questions that have never washed away.

Twelve years on from when his older brother died in the sea in a storm in a small coastal town in Tasmania, there is another death.  Kieran Elliott has carried the guilt of his brother's death all that time, and now his father may be accused of the latest death, so clearly a murder.

Kieran's father has dementia and he has come home to help his mother pack up the house. It was Kieran that his brother was rescuing twelve years ago and he has always felt that his mother has blamed him for his brother's death. A local girl disappeared without trace that day too, but now it appears there were facts that were never revealed.

A terrific atmospheric novel, some very interesting characters and many tensions.

On a bright January morning in the London suburbs, a family moves into the house they’ve just bought in Trinity Avenue.

Nothing strange about that. Except it is your house. And you didn’t sell it.

When Fiona Lawson comes home to find strangers moving into her house, she's sure there's been a mistake. She and her estranged husband, Bram, have a modern co-parenting arrangement: bird's nest custody, where each parent spends a few nights a week with their two sons at the prized family home to maintain stability for their children. But the system built to protect their family ends up putting them in terrible jeopardy. In a domino effect of crimes and misdemeanors, the nest comes tumbling down.

Now Bram has disappeared and so have Fiona's children. As events spiral well beyond her control, Fiona will discover just how many lies her husband was weaving and how little they truly knew each other. But Bram's not the only one with things to hide, and some secrets are best kept to oneself, safe as houses.

There are two main sources of narration in this novel: combined they present not only an unusual story but an unusual plot structure.

When Fiona Lawson arrives at her house to discover it has been sold and is actually in the process of being moved into, her estranged husband is already in Europe. And so his story begins, presented as his real-time thoughts and a word document saved on his computer.

Fiona's story is presented as a podcast script via the website of The Victim, in a series that begins six weeks after she has lost her home. Each episode comes complete with followers who, at the end of each episode, add their tweets and predictions of what will happen.

It is Bram who must bear the bulk of the guilt for what happens, but Fiona is not innocent either.

Private Detective Cormoran Strike is visiting his family in Cornwall when he is approached by a woman asking for help finding her mother, Margot Bamborough - who went missing in mysterious circumstances in 1974.

Strike has never tackled a cold case before, let alone one forty years old. But despite the slim chance of success, he is intrigued and takes it on; adding to the long list of cases that he and his partner in the agency, Robin Ellacott, are currently working on. And Robin herself is also juggling a messy divorce and unwanted male attention, as well as battling her own feelings about Strike.

As Strike and Robin investigate Margot's disappearance, they come up against a fiendishly complex case with leads that include tarot cards, a psychopathic serial killer and witnesses who cannot all be trusted. And they learn that even cases decades old can prove to be deadly . . .

I thought this novel owed quite a lot to the fact that Galbraith (J. K. Rowling) is the extremely successful author of the Harry Potter novels. Certainly as far as crime fiction goes, it is a very long and complex novel, with an amazing number of plot threads, and a huge array of interesting characters. I wasn't so taken with the sections that owed so much to interpretation of tarot cards, and reading it on my kindle meant that I didn't get the most out of the full page illustrations that had been created by the first detective who had investigated the disappearance of Margot Bamborough forty years earlier.

In the background are the other investigations that the Strike/Ellacott firm have running simultaneously, their rising success, Strike's relationships with his family, and his relationship with Robin. All of that gives the novel a depth that is unusual in modern crime fiction, and yet it provides an interest that keeps the reader going, despite the length of the novel.

I've read 35 new-to-me authors in 2020 (out of a total of 96 books).
In some cases I have gone on to read a second book by this author.
I should point out here that the titles are not necessarily recently published although most are.

Here is the list for July to September. There are some very good reads amongst them and none have been a waste of time.

The world’s most beloved detective, Hercule Poirot - the legendary star of Agatha Christie’s Murder on the Orient Express and most recently The Monogram Murders and Closed Casket - returns in a stylish, diabolically clever mystery set in 1930s London.

Returning home after lunch one day, Hercule Poirot finds an angry woman waiting outside his front door. She demands to know why Poirot has sent her a letter accusing her of the murder of Barnabas Pandy, a man she has neither heard of nor ever met.

Poirot has also never heard of a Barnabas Pandy and has accused nobody of murder. Shaken, he goes inside, only to find that he has a visitor waiting for him - a man who also claims also to have received a letter from Poirot that morning, accusing him of the murder of Barnabas Pandy.... 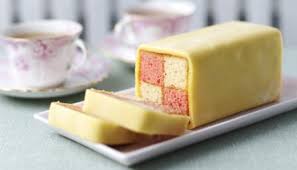 Poirot wonders how many more letters of this sort have been sent in his name. Who sent them, and why? More importantly, who is Barnabas Pandy, is he dead, and, if so, was he murdered? And can Poirot find out the answers without putting more lives in danger?

When you read the book you will understand why I have included an image of a Battenberg cake here. It is a motif that Poirot uses with great effect in the novel, as he speculates about the relationship between the squares in the cake. Why were there 4 letters sent to people accusing them of murdering Barnabas Pandy when they did not know each other? Or is there some other connection?

And is one of those four a murderer or not, or just waiting in the wings, ready to commit a murder? Poirot works with Scotland Yard's Inspector Catchpoole to work out the motive behind the letters.

There were times when I thought the plot was unnecessarily devious and long winded but the audio production is excellent.

Surprisingly, a smaller number of books this month, but I'm still doing well for the year (so far 95) 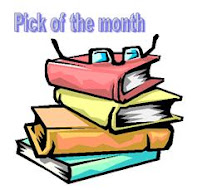