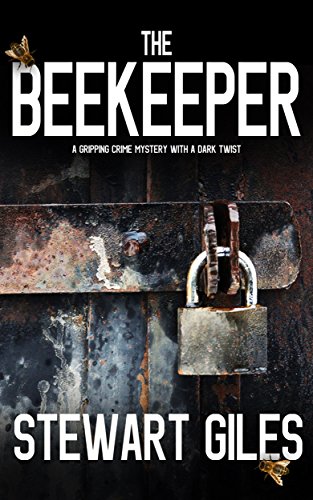 A shocking discovery starts a trail of mayhem on the Cornish coast.

Alice Green is a beekeeper in the small Cornish village of Polgarrow. She lives with her pet jackdaw in a beautiful cottage not far from the sea. One evening, Alice finds something strange under the hollyhock bush in her garden. The gruesome discovery will change everyone’s lives. And then Alice’s best friend Milly disappears . . .

Detective Harriet Taylor has just transferred to the area from Edinburgh. As she investigates a series of shocking crimes, she grows close to the old beekeeper and is determined to bring the criminals to justice. But who is really what they seem and who can she trust?

A crime mystery with a touch of black humour. You’ll enjoy this fast-paced and dark unearthing of the secrets of a sleepy Cornish village.

This was recommended to me as a lightish read, a cozy, and that is really how I found it.

Three elderly people who were part of a wedding party forty years before all die within the space of a week. And, even though I had my suspicions, the plot kept me guessing almost to the end. The detective, Harriet Taylor is an interesting character, and extra tension arises when she is included in the investigative team when a group of "experts" descend from Exeter because the local team are apparently not getting anywhere.

Alice Green was the fourth member of that wedding party. She is the beekeeper, and her bees have begun producing strange tasting honey, and Alice is worried. She becomes friends with Harriet Taylor and that seems to give her some sort of immunity from suspicion.

I've never read anything before from Stewart Giles and I might just give his other series a try.

About the author
After reading English & Drama at three different English Universities and graduating from none of them, I set off travelling and finally ended up in South Africa, where I still live. I enjoy the serene life running a boat shop on the banks of the Vaal Dam. I came up with the DS Jason Smith idea after my wife dropped a rather large speaker on my head. Whether it was intentional still remains a mystery. Smith, the first in the series was finished in September 2013 and was closely followed by Boomerang and Ladybird. Occam's Razor, Harlequin and Phobia (a series of short stories detailing Smith's early life) were all completed in one hazy 365 days and Selene was done and dusted a few months later. Horsemen, the seventh in the DS Smith thriller series is out now. The Beekeeper, a departure from the DS Smith series will be released through Joffe Books on 22 May.