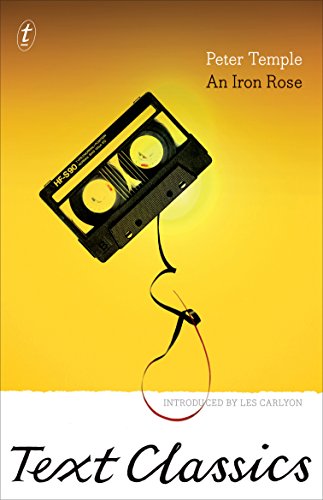 The classic thriller by the five-time winner of the Ned Kelly Award. Introduction by Les Carlyon.

When Mac Faraday's best friend is found hanging, the assumption is suicide. But Mac is far from convinced, and he's a man who knows not to accept things at face value.

A regular at the local pub, a mainstay of the footy team, Mac is living the quiet life of a country blacksmith - a life connected to a place, connected to its people.

But Mac carries a burden of fear and vigilance from his old life.
And as this past of secrets, corruption, abuse and murder begins to close in, he must turn to long-forgotten resources to hang on to everything he holds dear, including his own life.

'When men in police uniforms came to execute me on the roadside, beside dark fields, it was a definite sign that my new life was over.' A regular at the local pub, a mainstay of the footy team, Mac Faraday is a man with a past living the quiet life of a country blacksmith. But when his best friend Ned Lowey is found hanged, Mac - who has learned the hard way never to accept things at face value - isn't convinced he committed suicide and starts asking questions. Why did Ned keep press cuttings about the skeleton of a girl found in an old mine shaft? What was he doing at Kinross Hall, the local detention centre for juvenile girls? Who was the beaten girl found naked beside a lonely road? As Mac's search for answers pushes deeper into the past, it resurrects the terrifying spectre of what he calls his 'old life', forcing him to turn to long-discarded skills not only to discover why his best friend died, but also to save his own life.

AN IRON ROSE was Peter Temple's second novel, a stand alone that followed BAD DEBTS which was his first in the Jack Irish series. I thought that there were many similarities between Jack Irish and Mac Faraday.

Faraday is a former Federal policeman who was forced to resign and start a new life after a drugs job went horribly wrong. He never understood how things went so badly and always blamed himself, his own lack of concentration and intuition. Since leaving the police force he has managed to lead a private life, but when his neighbour and friend Ned dies he decides to call in some favours. He is not satisfied with the verdict of suicide for Ned's death. His actions alert those who believe he knows too much to where he is and sets the ball rolling.

This was a very good read and made me very aware of the fact that there are a number of Peter Temple novels that I have not caught up with.

Mini Reviews (written before I began this blog)
I began 2006 and 2007 in a similar fashion when I gave Temple's THE BROKEN SHORE a rating of 5 at the beginning of each year. Here are my mini reviews:

2006:
Joe Cashin was different once. He moved easily then; was surer and less thoughtful. But there are consequences when you've come so close to dying. For Cashin, they included a posting away from the world of Homicide to the quiet place on the coast where he grew up. Now all he has to do is play the country cop and walk the dogs. And sometimes think about how he was before. Then prominent local Charles Bourgoyne is bashed and left for dead. Everything seems to point to three boys from the nearby Aboriginal community; everyone seems to want it to. But Cashin is unconvinced. And as tragedy unfolds relentlessly into tragedy, he finds himself holding onto something that might be better let go.

2007:
(re-read) Joe Cashin was once a hot shot homicide detective in Melbourne. But he went with his gut feeling once too often and a young policeman ended up dead and Joe himself was left in critical condition. Now he has been sent to his home town, where nothing ever happens, to be in charge of a small police station, so that he can work while recuperating. A prominent local is bashed and left for dead in what appears to be a burglary gone wrong. All the signs point to local aboriginal youths and the town is only too ready to assume they are responsible. Bringing them in results in tragedy and Joe is suspended, but that doesn't mean he stops working. 2005 Ned Kelly Award winner.