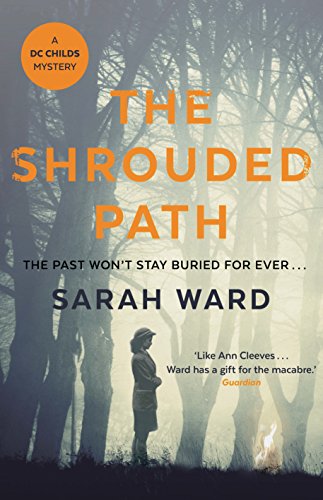 The past won't stay buried forever.

November, 1957: Six teenage girls walk in the churning Derbyshire mists, the first chills of winter in the air. Their voices carrying across the fields, they follow the old train tracks into the dark tunnel of the Cutting. Only five appear on the other side.

October, 2017: a dying mother, feverishly fixated on a friend from her childhood, makes a plea: 'Find Valerie.' Mina's elderly mother had never discussed her childhood with her daughter before. So who was Valerie? Where does her obsession spring from?

DC Connie Childs, off balance after her last big case, is partnered up with new arrival to Bampton, Peter Dahl. Following up on what seems like a simple natural death, DC Childs' old instincts kick in, pointing her right back to one cold evening in 1957. As Connie starts to broaden her enquiries, the investigation begins to spiral increasingly close to home.

Susan definitely saw 6 girls enter the tunnel and then only 5 emerged at the other end. She walked through the tunnel in trepidation but did not find the missing girl. For her it simply confirmed the sinister and evil nature of the place. After that she avoided going near the tunnel and and years passed, then decades.

Six decades later Mina's mother Hilary is hospitalised with an aggressive cancer. She has a raging temperature which doesn't seem to respond to treatment. Hilary becomes frightened when she receives a visit from someone from her past. She is unable to explain much to her daughter Mina about who this person is. At one stage she tells Mina that she killed Valerie, that Valerie is dead, and then asks Mina to find Valerie. When Hilary dies Mina becomes determined to find Valerie, but then the possibility arises that Hilary has been murdered.

This story is a real page turner. The story is full of mysteries and fascinating scenarios.

Read another review at Clothes in Books