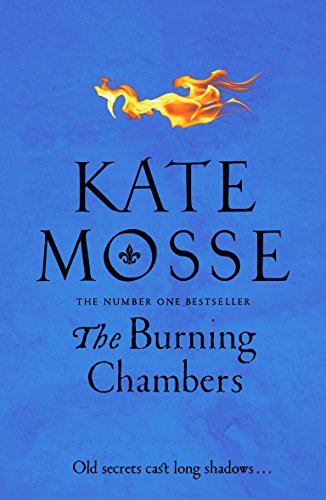 Bringing 16th century Languedoc vividly to life, Kate Mosse's The Burning Chambers is a gripping story of love and betrayal, mysteries and secrets; of war and adventure, conspiracies and divided loyalties....

Carcassonne, 1562: 19-year-old Minou Joubert receives an anonymous letter at her father's bookshop. Sealed with a distinctive family crest, it contains just five words: "She Knows That You Live". But before Minou can decipher the mysterious message, a chance encounter with a young Huguenot convert, Piet Reydon, changes her destiny forever. For Piet has a dangerous mission of his own, and he will need Minou's help if he is to get out of La Cite alive.

Toulouse: As the religious divide deepens in the Midi, and old friends become enemies, Minou and Piet both find themselves trapped in Toulouse, facing new dangers as sectarian tensions ignite across the city, the battle lines are drawn in blood and the conspiracy darkens further. Meanwhile, as a long-hidden document threatens to resurface, the mistress of Puivert is obsessed with uncovering its secret and strengthening her power....

Once again I am on the outskirts of crime fiction. This is more a historical novel, but there is plenty of mystery.
I have seen several times that it is also the beginning of a series of 4 books "with the next three due out in 2020, 2022 and 2024".

Set in France in 1562 at the start of the Wars of Religion, it begins with a Prologue set in Franschhoek South Africa in 1862, 300 years after the main action of the book. Thus setting up a mystery for the scope of the remainder of the series.

Within the major canvas of the wars which involved Catholics vs Huguenots is this story of the struggles within one Toulouse family, surely one mirrored all over France as Church and State struggled for power.

Central to the story is the true identity of one of the characters.


I have also read
4.4, THE TAXIDERMIST'S DAUGHTER

About the author
Kate Mosse is an international bestselling author with sales of more than five million copies in 38 languages. Her fiction includes the novels Labyrinth (2005), Sepulchre (2007), The Winter Ghosts (2009), Citadel (2012), The Taxidermist's Daughter (2014), and The Burning Chambers (2018), as well as an acclaimed collection of short stories, The Mistletoe Bride & Other Haunting Tales (2013). Kate is the Co-Founder and Chair of the Board of the Women's Prize for Fiction and in June 2013, was awarded an OBE in the Queen's Birthday Honours List for services to literature. She lives in Sussex.