Review: ONE CORPSE TOO MANY, Ellis Peters - audio book 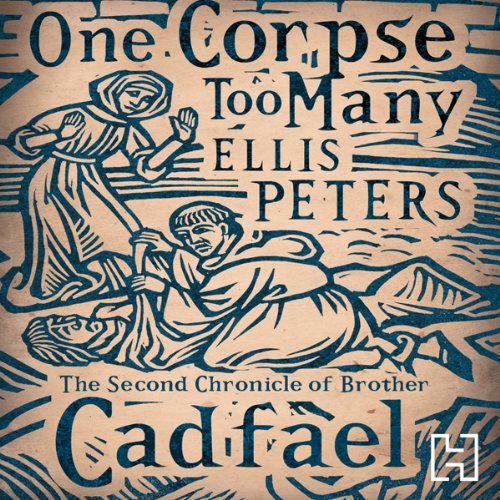 In the summer of 1138, war between King Stephen and the Empress Maud takes Brother Cadfael from the quiet world of his garden to the bloody battlefield. Not far from the safety of the Abbey walls, Shrewsbury Castle falls, leaving its 94 defenders loyal to the empress to hang as traitors. With a heavy heart, Brother Cadfael agrees to bury the dead, only to make a grisly discovery: 95 bodies lie in a row, and the extra corpse tells Cadfael that the killer is both clever and ruthless.

But one death among so many seems unimportant to all but the good Benedictine. He vows to find the truth behind disparate clues: a girl in boys' clothing, a missing treasure, and a single broken flower - the tiny bit of evidence that Cadfael believes can most easily expose a murderer's black heart....

Stephen Thorne does such an excellent job of the narration of this story.
It is the first book in which we meet Hugh Berengar and Brother Cadfael's character is fleshed out.

We also meet King Stephen in the flesh as he takes Shrewsbury Castle and prepares to move further into England. Ellis Peters feeds just enough historical detail into the story to bring the period to life.

I've also read
THE PILGRIM OF HATE
4.3, A MORBID TASTE FOR BONES