Review: THE NIGHT OF THE MI'RAJ, Zoe Ferraris 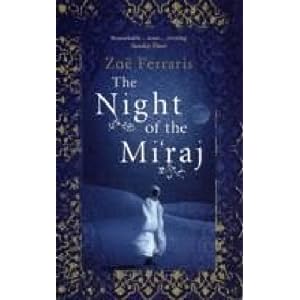 A finely detailed literary mystery set in contemporary Saudi Arabia, Ferraris's debut centers on Nouf ash-Shrawi, a 16-year-old girl who disappeared into the desert three days before her marriage and has been found dead, several weeks pregnant. Palestinian Nayir al-Sharqi who lives in Jeddah and works occasionally for the rich Shrawi family, is asked by them to investigate Nouf's death discreetly.
Nayir, a conservative Muslim and an outsider because of his nationality, his class and his large stature, is wary of traversing the wide gulf between Saudi men's and women's worlds, and is encouraged by his friend Othman, an adopted son of the Shrawis, to seek out the help of Katya Hijazi, Othman's fiancée.
Katya has a Ph.D. and is employed in the women's section of the state medical examiner's office. As Nayir and Katya's investigation progresses, it becomes clear that at least one of the Shrawis has something to hide. Ferraris, who has lived in Saudi Arabia, gets deep inside Nayir's and Katya's very different perspectives, giving a fascinating glimpse into the workings and assumptions of Saudi society.

Author's note:
The title of this novel is taken from an important event narrated in the Quran and the Hadith, the oral traditions relating to the words and deeds of the Prophet Mohammed.  A celebrated occasion in Islam, the mi'raj is the second half of the miraculous night-time journey during which Mohammed ascends on his winged horse al-Buraq to the heavens and there in Paradise is presented before Allah.

The mi'raj is both a physical journey and a spiritual climax - a moment of revelation for Mohammed. In this book Nayir's journey to learning the truth behind Nouf's death is, for him, a physical and spiritual discovery too. With this in mind, I have given Nayir's story the title of The Night of the Mi'raj. 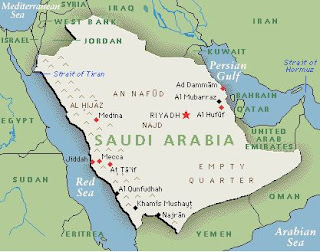 It is not often that crime fiction readers get the chance to get right inside the skin of another society, but this is what I feel Zoe Ferraris does for us in THE NIGHT OF THE MI'RAJ.
My guess is that I already have some understanding from practical experience of how Islamic society works, but the novel showed me much greater depth.
The characters of Nayir and Katya are so well drawn. Nayir is a Palestinian often mistaken for a Bedouin. He has been employed by the family in the past as a desert guide, and this time to find out the truth about Nouf's disappearance. So he is not a policeman, not even a detective. Katya on the other hand is well qualified in forensic medicine but is a woman, trying to be "modern" in an Islamic world. The picture of each of them trying to bide by convention, Nayir because he wants to, Katya because she must, is carefully drawn.

I've included the author's note about the novel's title because in this case I think I actually concur with its renaming to FINDING NOUF. The title THE NIGHT OF THE MI'RAJ really has little meaning for the non-Islamic reader unless you are prepared to do some research, although it would obviously be charged with significance for the Islamic one. So I think the Islamic reader would explore the meaning of that title in a way that I never would.
On the other side of the coin though I have noted what the publisher says about this being a literary novel and coupled that with what the author says about Nayir's journey. I think I understand that Ferraris didn't see herself as primarily writing crime fiction. The investigation into the death of Nouf is really just a back drop to Nayir and Katya showing what it is like to be Islamic in the modern world.  From that point of view alone the novel, whatever its title, is fascinating.

I read this for the 2010 Global Reading Reading Challenge.
As I commented in a post a couple of days ago, I actually first began reading the next in the series, CITY OF VEILS, and then decided that I was missing far too much back story. So I certainly advise reading these novels in order. I'll be going on to my reading of  CITY OF VEILS shortly.

Kerrie - I am so glad you enjoyed this one! I liked it very, very much myself. You're right; it is a real way to experience another culture. I look forward to City of Veils, too.

I read the author's latest book, City of Veils, and thought it was fantastic, so I'm anxious to read this one.

Margot, there was so much in the book, that I fear my review only scrapes the surface. It is one of those where you keep thinking - I must remember that

Kathy, I'm sure you'll enjoy it. I'm looking forward to getting into CITY OF VEILS now

Thanks for this Kerrie, just went and ordered it from the library. I won't be able to count it towards any challenge but what the heck I'll read it anyway :)

Am so glad you enjoyed this book.

Wait until you get into "City of Veils."

I'm reading it and find I have to think about a lot and it's taking me longer to read it--the role of women, the relationships of women and men, the role of religion, and more.

I am learning and thinking about a culture barely known to me, but which I am reading, while trying not to see it through Western eyes, and taking it as a learning experience in addition to a mystery.

The value of reading international fiction is clear here, with fiction as a great educator.

Great review, Kerrie. I haven't been sure whether to read this book, for a couple of reasons, but your review makes me think again...