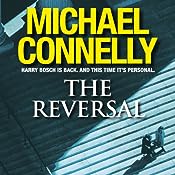 Publisher's summary
When Mickey Haller is invited by the Los Angeles County District Attorney to prosecute a case for him, he knows something strange is going on. Mickey's a defence lawyer, one of the best in the business, and to switch sides like this would be akin to asking a fox to guard the hen-house.

But the high-profile case of Jason Jessup, a convicted child-killer who spent almost 25 years on death row before DNA evidence freed him, is an intriguing one - particularly since the DA's determination to re-charge and re-try him for the same crime, seems doomed to failure. Eager for the publicity and drawn to the challenge, Mickey takes the case, with Detective Harry Bosch on board as his lead investigator.

But as a new trial date is set, it starts to look like he's been set up, with the renewed prosecution merely a tactic to prevent Jessup from successfully suing the state and county for millions of dollars. To avoid humiliation, Mickey and Haller are going to have to dig deep into the past and find the truth about Melissa Landy and what really happened to her all those years ago.

What I find interesting with Connelly novels is the way he mixes his characters. Some of his novels feature only one of the major characters, either Harry Bosch or Mickey Haller. Connelly introduced us to Mickey Haller in THE LINCOLN LAWYER (2005).
There are 17 titles featuring Harry Bosch, 5  featuring Mickey Haller, and in THE REVERSAL Mickey works on the Prosecution with his ex-wife Maggie. Other characters like FBI agent Rachel Walling make appearances.

Mickey Haller usually appears as a defence lawyer and the change of role required for him in THE REVERSAL reminded me strongly of Horace Rumpole who had great difficulty imagining himself not defending a client. Mickey is determined to maintain his independence and not simply to become the mouthpiece of the District Attorney's office. This brings him into conflict with the DA over media announcements and he becomes aware that there is a hidden agenda.

Another feature I need to comment on - the book appears to be written from two points of view. In parts of the story Mickey Haller is clearly the narrator, and everything is in the first person. In other parts the narrator is third person and he refers to what Haller is doing. I don't think the narrator for those parts is Bosch either but someone may be able to clear that up for me.

There's a twist towards the end of the novel that I didn't see coming (although my listening partner did).

There is no doubt this will be a popular title with Connelly fans as it furthers the personal stories of both Haller and Bosch.

Other reviews of THE REVERSAL to check
THE REVERSAL was recently named the winner of the Critics Awards, organised by Strand Magazine

Other reviews of Connelly titles on this blog:
THE OVERLOOK
THE BRASS VERDICT
THE CONCRETE BLONDE

I love Connelly's work and can't wait to read this. The last time I listened to an abridged audio book I felt like I was missing soemthing so I try to avoid abridged now.

This is another of those audio books that we won at CrimeFest, but I agree, you wonder what you are missing, what has been left out. I suspect that in this case there was a lot of description. The result as I said makes it feel like the same events are being described over and over again.

Kerrie - Thanks so much for your take on this. I think you're probably right that the abridging affected the story. It would have to, don't you think?

I really like the Connelly characters, and yes, it is so interesting that he has both Haller and Bosch in several of the novels.

Kerrie: I liked the book and wrote a review earlier this year. At the same time I did not think it was one of Connelly's great books. I concluded that I think Bosch and Haller are better in individual books rather than in combined stories.

Thanks Bill. I have now put a link in to your review.

The book does alternate Haller and Bosch. They are half-brothers.

I liked The Reversal until the ending, which I thought was one of those over-the-top car chase/explosion-type endings. I would have preferred a slightly more realistic conclusion.

Can't wait to see what you think of The Fifth Witness.