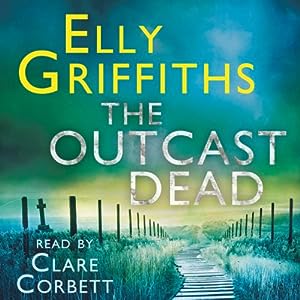 Forensic archaeologist Ruth Galloway has excavated a body from the grounds of Norwich Castle, a forbidding edifice that was once a prison. She believes the body may be that of infamous Victorian murderess Jemima Green. Called Mother Hook for her claw-like hand, Jemima was hanged in 1867 for the murder of five children in her care.

DCI Harry Nelson has no time for long-dead killers. Immersed in the case of three infants found dead, one after the other, in their King’s Lynn home, he’s convinced that a family member is responsible, though others on his team think differently. Then a child goes missing. Could the abduction be linked to the long-dead Mother Hook? Ruth is pulled into the case, and back towards Nelson.

Digging in the grounds of Norwich Castle, Ruth finds bones that date from the days when the building was a prison. She soon suspects that she has discovered the remains of Mother Hook, Norfolk’s most notorious murderess, a Victorian ‘baby farmer’ who killed her charges and sold their bodies to the so-called ‘resurrection men’.

Before long, a TV company is also interested and Ruth finds herself involved in a programme called ‘Women Who Kill’. The only consolation is the presence of a handsome American historian called Frank Barker.
Meanwhile Nelson is dealing with the case of a young mother accused of killing her children. Then children in Norfolk start to go missing and the only clue is a note signed by ‘The Childminder’.

Could these disappearances possibly be linked to the long-dead Mother Hook?

My incentive for reading this book was that I have already read the other 6 books in the 7 book series.
All of the audio books have been really well produced and this one was no exception.

The current case which DCI Harry Nelson is investigating concerns a family in which three young children have died and I was reminded of a non-fiction book that I read last year, MOTHERS WHO MURDER by Xanthe Mallett. In the story comparisons are drawn between this case and that of Mother Hook.

Ruth becomes involved in the making of a television program about Mother Hook, focussing on an excavation at Norwich Castle. During this time she meets American historian and television presenter, Frank Barker.
There is plenty of action in this novel and it was an enjoyable read.