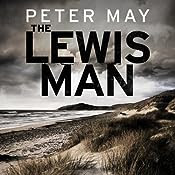 A MAN WITH NO NAME
An unidentified corpse is recovered from a Lewis peat bog; the only clue to its identity being a DNA sibling match to a local farmer.

A MAN WITH NO MEMORY
But this islander, Tormod Macdonald - now an elderly man suffering from dementia - has always claimed to be an only child.

A MAN WITH NO CHOICE
When Tormod's family approach Fin Macleod for help, Fin feels duty-bound to solve the mystery.

A perfectly preserved body is recovered from a peat bog on the Isle of Lewis.

The male Caucasian corpse – marked by several horrific stab wounds – is initially believed by its finders to be over two-thousand years old. Until they spot the Elvis tattoo on his right arm. The body, it transpires, is not evidence of an ancient ritual killing, but of a murder committed during the latter half of the twentieth century.

Meanwhile, Fin Macleod has returned to the island of his birth. Having left his wife, his life in Edinburgh and his career in the police force, the former Detective Inspector is intent on repairing past relationships and restoring his parents’ derelict croft.

But when DNA tests flag a familial match between the bog body and the father of Fin’s childhood sweetheart, Marsaili Macdonald, Fin finds his homecoming more turbulent than expected. Tormod Macdonald, now an elderly man in the grip of dementia, had always claimed to be an only child without close family.

A lie, Fin will soon discover, Tormod has had very good reason to hide behind.

The Lewis Man is the follow-up to The Blackhouse, which was an international bestseller in both hardback and paperback.  It is the second novel in the Lewis trilogy.

This is a superb book enhanced for me by the excellent narration skills of Peter Forbes. For me this story was even better than #1 in the trilogy THE BLACKHOUSE.
However if you haven't read THE BLACKHOUSE I can't urge you too strongly to read it before starting THE LEWIS MAN.

Not only is there excellent description of life in Scotland, particularly in the northern isles, in the 1950s, but there is a sensitive and illuminating handling of how a person with dementia functions. Peter May is terrific writer.

And now I'm more than ready for the final novel in the trilogy, THE CHESSMEN.

Note that THE LEWIS MAN is on the short list for Theakston's Old Peculier Crime Novel of the Year for 2013.

Am glad you enjoyed it as much as I did, Kerrie. Certainly it does handle dementia with great skill and sensitivity.

I didn't read the Blackhouse yet, but this does sound very good. Is it necessary to read the first book or does this stand alone.

P.S. I love Helen Hayes as Miss Marple, even though her English accent is a little off.

Irene, I think you should read THE BLACK HOUSE first. There's a lot that will mean much more if you do.

I keep meaning to start on this series, and you've certainly given me great encouragement. But I take your point about starting with the first one, and will seek that one out...

For me, The Lewis Man is the best of the three, mainly because of the portrayal of Tormod's dementia. But all three are excellent.