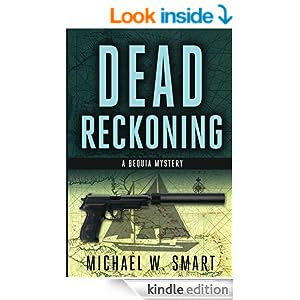 MYSTERY AND ROMANCE SET IN THE CARIBBEAN ISLANDS OF ST. VINCENT AND THE GRENADINES.

Gage didn't have friends. He'd led an emotionally isolated life, avoiding personal attachments, a mantra for survival. And the last thing he needed was disruption and exposure of the quiet retirement he'd settled into on Bequia, living aboard his schooner Wherever. He'd buried his past. Forged a new life.

And in doing so broke his cardinal rule, he'd formed attachments. A burgeoning romantic relationship with the island's police Superintendent Jolene Johanssen, whose love awakens dormant emotions and reconnects him to the world. A relationship he's unsure he's emotionally equipped to handle. And a close friendship with the discerning Commissioner of Police Mike Daniels, who perceives more regarding Gage's past than Gage is comfortable with. And who lies in a coma, fighting for his life.

In pursuing his friend's shooter Gage becomes embroiled in the vicious world of narco traffickers, money laundering, and a possible nemesis from his past, threatening to upend his new life, resurrect his inner demons, and put the people he's come to care about in the cross-hairs.

At first there are two mysteries to solve: the attempted assassination of the Commissioner of Police, and the disappearance of a tourist, Natalie Holmes. Nicholas Gage feels that the two may be connected although he has no proof.

Mike Daniels' condition is critical, far more serious than the medical facilities on the island of Becquia can cope with. So Gage calls in some favors to get Daniels airlifted urgently to Miami. But that very act exposes Gage to threat, to exposure of what he retired from before he came to Becquia. And it exposes his friends to real danger.

On his return to the island Gage realises that he is being watched, and he sets up his own surveillance systems to protect his friends and loved ones, particularly his lover police Superintendent Jolene Johanssen.

Slowly bits of what Gage is hiding are revealed. The story is action packed, set against the beguiling waters of the Caribbean. There is a strong sense of place, a setting at once enchanting but also a cover to lethal activities including drug running.

Hmmm...I do like a sense of place, Kerrie, and it's good this one has that. But the whole drug-running/action plot I'm less sure of. I may read this at some point, just for the setting...