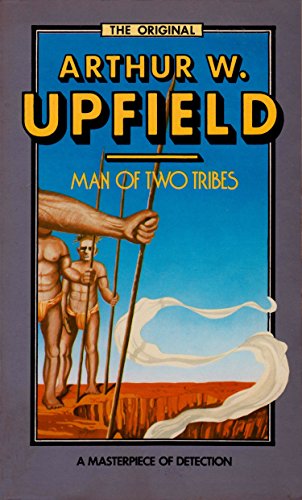 With two camels and a dog, Detective-Inspector Napoleon Bonaparte sets off across southern Australia's Nullarbor Plain in search of a missing woman. He finds much more than he bargained for. Set in some of the most mysterious and unforgiving territory in the world - the Australian desert - Man of Two Tribes is vintage Upfield.

Myra Thomas, accused of murdering her philandering husband, is found not guilty by a sympathetic jury. But while travelling from Adelaide to Perth on the Transcontinental Railway express, she mysteriously disappears during the overnight journey across the vast, featureless desert.


Detective-Inspector Napoleon Bonaparte takes the case and sets off to search for her over the flat wasteland of the Nullabor Plain. At first it seems that the harsh environment will give him no clues, but Bony soon finds more than he bargained for? landing himself in a bigger mystery, and a fight for survival...

The Woomera Rocket Range, a collaborative effort between a number of International groups including the British and Australia, began immediately after World War II in 1946, with a joint project running until 1960. It is located in north-west South Australia, about 500 km north west of Adelaide. British nuclear tests at Maralinga, a series of seven nuclear tests were conducted within the Woomera area between 1955 and 1963. More recently, the Woomera Immigration Reception and Processing Centre, a detention centre,  opened nearby in 1999 and operated until 2003.

The focus in the opening pages of the story is a woman, recently acquitted of murder, who has disappeared without trace from the East-West railway travelling from Adelaide to Western Australia. There is some indication that she may have connections with international espionage and Bony is sent out on an undercover mission to see if he can locate her.

There are various Aboriginal legends associated with the Australian outback but here Upfield tells one about a monster, maybe a version of the Rainbow Snake, supposedly occupying the underground limestone caverns of the Nullarbor Plain which the train line traverses. This has the effect of both deterring aboriginal trackers from looking too closely for the missing woman, and also provides an explanation of any strange noises heard at night.

Bony of course is the "man of two tribes", being a half-caste aborigine, but his Queensland tribe has little in common with the Aboriginal people living on the Nullarbor, apart from the markings on his body that show he is a warrior of some note. At the same time he is a very articulate person, highly qualified with a university degree, and a reputation for never failing to successfully conclude a case.

An interesting story but I did feel that it stretched the bounds of credibility. Basing the story around the Nullarbor Plain and Woomera does show how in touch with current events Upfield was. At the time of publication 1956, 8 years before his death, he was 66 years old and there would be another 8 Bony novels.


I've also read
DEATH OF A SWAGMAN
4.4, THE BARRAKEE MYSTERY

I am so happy to find this author here. I had not heard of him before your review and I think my husband and I will like his books. Set in Australia and the D.I. is half Aborigine, sounds great.